“We are devastated by the loss of two esteemed colleagues who were killed while working to provide aid to civilians caught up in the Syrian conflict,” said Oxfam country director Moutaz Adham.

“Our love and thoughts go to their families. We condemn this attack in the strongest terms, “he added,” it is essential that aid workers can provide vital aid to civilians without being attacked themselves.”

Founded in the UK in 1942, Oxfam provided humanitarian aid, including clean water and clothing, to 1.2 million people in Syria last year, according to the NGO.

According to the international organization for the security of NGOs, 128 events involving the safety of their personnel were recorded at the end of January in Syria in the 12 months preceding. They include three kidnappings, 11 dead and 32 injured.

Over the same period, Syria was the sixth largest country in the world for such events, behind the Democratic Republic of the Congo (374), South Sudan (300), the Central African Republic (272), Afghanistan (252) and Mali (211).

Thousands of Scots protest for independence from the United Kingdom 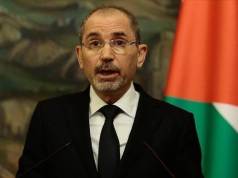