French automaker Renault announced on Monday that it was suing as part of the legal investigation in France for the misuse of corporate assets targeting its ex-boss Carlos Ghosn.

Renault announced on Monday, February 24 that it had instituted a civil action and reserved the possibility of claiming damages, after the opening of a judicial investigation targeting inter alia Carlos Ghosn on the organization of two evenings at the Château de The Nanterre public prosecutor’s office announced on February 19 the opening of a judicial inquiry, in particular for the misuse of corporate property, in order to determine, among other things, whether Carlos Ghosn had knowingly used the resources of the automobile group for private purposes.

The former Renault-Nissan boss rejects these suspicions. ”When we see that there is a dispute over funds owed by Renault to Carlos Ghosn (in a separate procedure, the latter notably claims from his former employer the payment of ” a retirement indemnity of 250,000 euros note), we can say that it is a little perhaps a way of rebalancing things, the response of the shepherd to the shepherdess.

Is this proven? We will see ”, reacted Monday the lawyer of the ex-boss of Renault, Jean-Yves Le Borgne. The announcement of Renault to constitute a civil party corresponds“ to a kind of behavior which is not new ”, he still judged, adding that he perceived “the accusatory character of it.”

Two evenings in the viewfinder

The former boss of the Renault-Nissan alliance is suspected of having organized two private parties at the Palace of Versailles, in exchange for a sponsorship agreement signed between the brand with the diamond and the establishment that manages the castle. Justice suspects the first party in Versailles, organized March 9, 2014, to have taken place in honor of the 60th anniversary of the deposed boss and not to celebrate the fifteen years of the Renault-Nissan alliance.

The images of this sumptuous evening at 530,000 euros with musicians, extras in period costumes and fireworks, had caused controversy when they were revealed on the Ob website. According to an internal audit commissioned by Renault, 94 of the 154 guests at this banquet supervised by chef Alain Ducasse were close to the businessman (children, sisters, cousins, friends, etc.), mainly of Lebanese origin.

The other evening in the viewfinder of justice is the rental of the Grand Trianon, in the park of the castle, for the organization in October 2016 of his marriage with Carole Ghosn, a service valued at 50,000 euros. Another judicial information is in progress, in Paris, for facts ”Abuse of corporate assets” and “passive corruption”.

It relates to contracts signed by RNBV, the Dutch 50-50 subsidiary between Nissan and Renault supposed to embody the alliance when Carlos Ghosn was the CEO. The mayor of Paris candidate Rachida Dati and the criminologist Alain Bauer have received around one million euros each for advisory missions of which no trace has been found.

Carlos Ghosn has also been the subject of four charges by the justice system Japanese, notably for breach of trust and embezzlement. A few days ago, Nissan announced that it would file a complaint with a civil court in Japan to claim 83.4 million euros in damages. Carlos Ghosn is suing the Japanese automaker himself for an abusive breach of his contract. 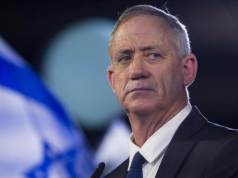 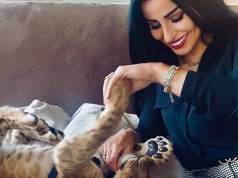