Sevilla FC, a five-time winner of the Europa League, will face AS Rome in the eighth-finals of C3, the biggest poster in the draw held on Friday in Nyon (Switzerland).

Winners of three successive editions between 2014 and 2016, the Andalusians inherited one of the most difficult draws, during the ceremony which did not foresee top seeds.

They will welcome the Romans on Thursday, March 12 and will travel to the return match in Italy a week later.

By chance of the draw, another poster opposing Italian club to Spanish team will take place, between Inter Milan and Getafe, who fell from Ajax Amsterdam in the round of 16.

Manchester United, winner of the 2017 edition, will have an easier task against the Austrian club Linz ASK, which is their first participation at this stage of the competition.

As for Olympiakos, who eliminated Arsenal on Thursday after the overtime in London, it will again face an English club, Wolverhampton.

FC Basel will have a hard time facing the Germans of Eintracht Frankfurt, hung on Friday during the last act of the 16th by RB Salzburg in Austria (2-2), after their comfortable success in the first leg (4-1). 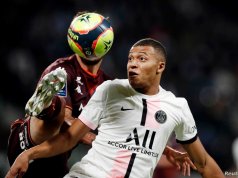