The last two stages of the UAE Cycling Tour (UAE Tour) scheduled for Friday and Saturday were canceled after the discovery of coronavirus contamination of two Italian members of one of the participating teams, prompting the authorities to place two hotels in quarantine.

“This decision (to cancel the last two stages, editor’s note) was taken to ensure the protection of all participants in the race,” said the organizers of the UAE Tour in a statement.

They also said that all of the competitors were going to be tested to determine if they also contracted the virus. All participants in the UAE Tour are kept inside two hotels in Abu Dhabi, the country’s capital.

“The two Italian patients are currently receiving the necessary medical care and are under continuous observation”, according to the Abu Dhabi health authorities, quoted by the official press agency WAM.

Italy is the country in Europe most affected by the virus with 650 cases of infection recorded and 17 dead to date according to the Civil Protection of the country.

“The Abu Dhabi Department of Health has taken all necessary measures to ensure the good health and safety of the clients of two hotels, presumed to have been in contact with the two Italian nationals who tested positive for Covid-19″”, continues the WAM agency.

The two hotels, located on Yas Island, were placed “in quarantine” and the other persons having been in contact with the two infected Italian citizens “were confined to their home to undergo medical examinations and periodic tests there for 14 days, “she added.

“It is a pity that the #UAETour has been canceled, but public health must come first,” tweeted Briton Chris Froome, four-time winner of the Tour de France, who returned to competition in this race.

“We are all awaiting testing and will stay at the hotel until further notice,” he continued. “I hope those affected will recover quickly and that there will be no more cases of # coronavirus “.

Briton Adam Yates, leader of the general classification at the end of the 5th stage, was declared the winner of the event which appears on the program of the WorldTour.

The runner of the Mitchelton team was ahead of the Slovenian Tadej Pogacar and the Kazakh Alexey Lutsenko.

He was provisionally placed in quarantine, like all of his teammates and all participants.

“Runners and staff stay at the hotel and will be tested quickly, with their health as a priority,” said the Mitchelton team.

Gulf countries have taken several restrictive measures this week, following the spread of the virus in the region and an increase in infected people, most of them returning from Iran.

The United Arab Emirates, which has registered 19 cases of contamination, five of which have recovered, has suspended flights to and from Iran.

The Islamic Republic has registered 245 cases of Covid-19 infection, which has killed 26 people in the country, the heaviest record after that of China, the focus of the epidemic.

Bahrain has reported 38 cases, Kuwait 45 and Oman six, all related to trips to Iran. The situation in Bahrain has raised concerns about the holding of the Formula 1 Grand Prix scheduled for March in the country.

Saudi Arabia, which has not announced any Covid-19 infection on its soil, has “temporarily” suspended the entry of pilgrims traveling to Mecca, the first holy place of Islam, a decision of a magnitude unprecedented. 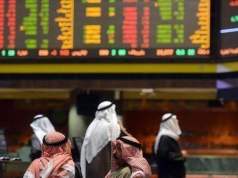