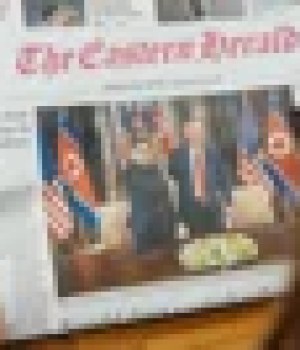 Flames and a huge black cloud of smoke rose around the Paris long-distance train station, Gare de Lyon. As the State Railways SNCF announced, there were demonstrations outside the large train station in the southeast of the capital. In the Bercy district, garbage cans, scooters, and cars burned, among other things. The station was evacuated and closed. The police spoke of “unacceptable” violence on the part of the demonstrators. In the evening, the police prefecture announced that the fires were under control, but the extinguishing work was still ongoing.

Because of fears of unrest, the Paris police prefecture had banned a demonstration around the concert arena near the Gare de Lyon. According to the police, protests and struggles had been called on social networks. There had already been two arrests in the afternoon.

The cloud of smoke in the early evening over Paris

Congolese people living abroad regularly protest against performances by Congolese artists in France or Belgium, including concerts by the musician Fally Ipupa. They accuse them of being close to the former President of the Democratic Republic of the Congo, Joseph Kabila, and his successor Felix Tshisekedi. Both Kabila and Tshisekedi are controversial among exiled Congolese. Tshisekedi’s election was overshadowed by irregularities and violence. The constitutional court of the Central African country dismissed a complaint against the election result.

An Ipupa concert in 2017 was canceled by the police, citing the risk of “serious disruption to public order”.