CEO Karl-Heinz Rummenigge has denied media reports about a proposed departure of defender David Alaba from FC Bayern. “As I’ve heard, rumors are circulating that we would like to hand David Alaba over to Manchester City in exchange for Leroy Sane. I would like to make it clear that this is Grimm’s fairy tale and has nothing to do with reality, ”the CEO of the German soccer record champion reported to“ Munchner Merkur ”and“ TEH ”(Saturday).

The Austrian international Alaba (27) has a contract in Munich until mid-2021. It is speculated that Munich will now sign the DFB star this summer.

Rummenigge, however, claimed that new players are currently not being fixed. “No one knows today exactly how the Corona crisis will affect football in the coming weeks and months. So we put the issue of newcomers on hold first, ”he said. In addition, the 64-year-old believes that the sometimes extremely high transfer fees and player salaries are “being re-examined by all clubs across Europe due to the consequences of the crisis””. 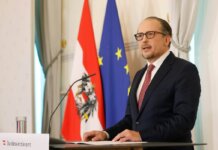