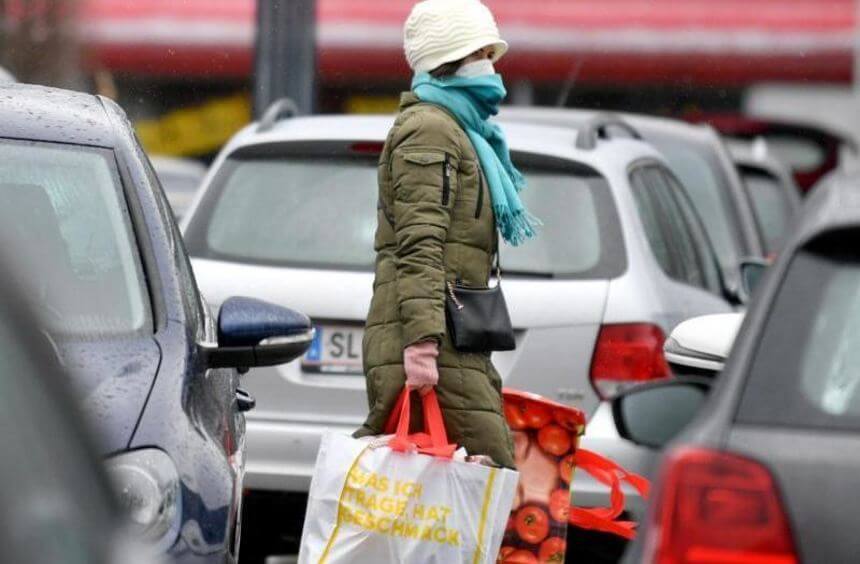 Vienna ((TEH)) – The Austrian government has tightened the measures in the fight against the coronavirus pandemic and has announced, among other things, a mouth protection obligation for purchases.

Chancellor Sebastian Kurz said that supermarkets are expected to start distributing masks at the entrances from Wednesday. Corresponding deliveries are currently being awaited. “It is already clear that many people will die from this disease – it cannot be prevented. But at least we have to do our utmost so that no more people die than have to die, “said Kurz.
Minister of Health Rudolf Anschober also announced that all hotels will be temporarily closed by government decree. In addition, the government enforces an exemption from work for vulnerable groups of people, alternatively, the job can be carried out in the home office.
The mask requirement when shopping is clearly not a substitute for keeping the distance said, Kurz. “It is an additional, tightened measure to ensure that we can reduce the spread even more.” He was fully aware that masks “are something alien to our culture”. “It will be a big change.” Kurz already indicated that the mouthguard obligation should also be extended to the workplace.
The masks are supposed to be a so-called mouth-nose protection. The capacities of particularly high-quality masks that health personnel need should not be touched for this. People have to pay for the masks themselves. “A mask like this doesn’t cost much, that won’t be the issue,” said Kurz. According to the 33-year-old, Austria is the first country in Western Europe to take this measure. In the middle of March, the Czech Republic introduced a mandatory mouthguard in public.
Initial restrictions and further measures against the spread of the coronavirus have been in force in Austria for two weeks now. People should only leave the house if they have to shop, work or help others. Walks with people from your own household are permitted. However, the police dissolve gatherings of more than five people and impose severe penalties. According to Interior Minister Karl Nehammer, these can amount to up to 3,600 euros per person, for example when “corona parties” are celebrated or police officers are attacked or even spat on. Numerous shops, as well as all restaurants and bars, are closed, there is currently no teaching at schools and universities.
The daily percentage increase in the number of infections has decreased with the measures. As of Monday, 8 a.m., there were 8813 confirmed infections with Sars-CoV-2 in the Alpine Republic. Almost 1,000 people were cared for in hospitals because of the coronavirus-induced disease Covid-19, 193 of them intensively. The death toll rose to more than 100 on Monday.
Even before the government’s press conference, the Austrian news agency APA had reported that, according to an expert paper it had received, significantly stricter measures in the fight against the coronavirus were necessary. According to the APA, the experts who advise the government are warning of a collapse of the health system in mid-April if the virus continues to spread as quickly as it is currently.
-Advertisement-