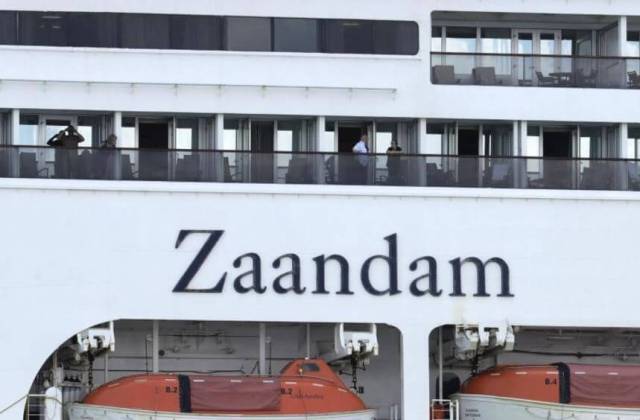 Berlin (TEH) – The drama of two cruise ships in the Caribbean with around 2500 crew members and passengers on board – including around 80 Germans – is coming to ahead.

On the “Zaandam”, which is underway with the sister ship “Rotterdam”, the number of corona infected has now risen to eight, according to the operator Holland America Line. 193 people had flu symptoms, four passengers have since died without the cause of death being disclosed.
The company’s president now warns of further casualties should the ships not be able to call a port soon. “”I’m afraid that more lives are at stake,” Orlando Ashford writes on the Holland America Line website.
The ships continued on course for Florida. Federal Foreign Minister Heiko Maas said on Monday that he hoped that the passengers in Fort Lauderdale could disembark and then be flown out. Florida Governor Ron Desantis, however, does not want to allow this.
“We see this as a very big problem and we don’t want people in South Florida to be dumped right now,” he told Fox News. He noted that Florida had made great efforts to create bed capacity for Florida coronavirus-infected people. His state could not afford to have these capacities used up by non-Florida people. He was in contact with the White House on the matter.

The “Zaandam” had left on March 7th in Argentina’s capital Buenos Aires. The trip was supposed to end on March 21st in San Antonio, Chile. However, because of the corona pandemic, Chile has now closed all of its ports for cruise ships. Only after long negotiations was the passage through the Panama Canal from the Pacific to the Caribbean approved. Most of the 79 Germans who were originally on the “Zaandam” have now switched to the “Rotterdam”, where no infections have been found so far.