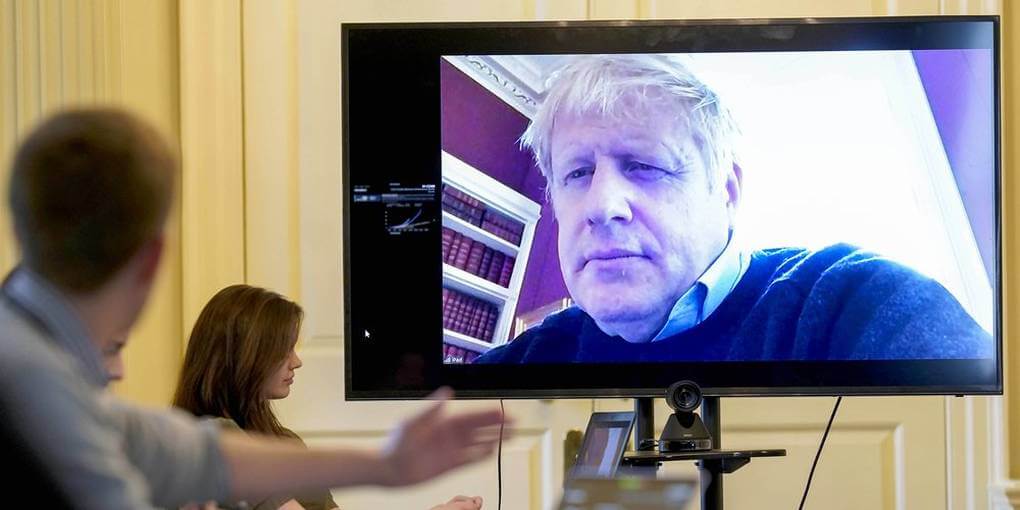 Whether Berlin, Rome or Madrid: exit restrictions apply everywhere to limit the spread of the coronavirus.

Many politicians are also infected or waiting for test results. Governance in times of home office and social distance – how does that work? A look behind the scenes in a TEH survey:

Chancellor Angela Merkel made headlines in Berlin with her home quarantine. The CDU politician recently reported from her home office that she was “very, very busy”. She spends a lot of time in video conferencing and telephone switching. “Still, I’m missing a little bit that I can’t attend the cabinet meetings in person, for example, that I don’t see the people then, or that I don’t have any personal contact now.” In the meantime, no infection was found even on her third test. Nevertheless, Merkel wants to continue to do business from her home quarantine in the next few days.

In the country particularly affected by the pandemic, Attilio Fontana (68), regional president of Lombardy, was the first political celebrity to put himself in isolation. In February, a few days after the outbreak became known in his region in the north of the country. He had worked closely with a corona infected. A first test with the politician of the right Lega had given him the all-clear. However, he became a role model because he gave interviews from the quarantine with a face mask several times. Other politicians and experts later did the same – their home office TV pictures became style-defining in Italy.

Pope Francis kept withdrawing from the public during the Corona crisis. In early March, the Vatican replaced the 83-year-old’s larger appearances with video messages. He lives behind the thick walls of the Vatican in the Santa Marta residence. But that’s not a real quarantine. The pontiff continues to receive individual visitors for audiences. In the photo, you can see him without a face mask, and there are reports that he also shakes hands with guests – even though he belongs to the high-risk group due to his age. In mid-March, he even walked the empty streets of Rome and prayed in two churches for an end to the pandemic.

In Spain, numerous top politicians have tested positive for the coronavirus, including several members of the cabinet of Prime Minister Pedro Sánchez. Sánchez himself has been criticized several times by the media because he calls for social distance but does not exercise much caution himself. Newspapers have assured that he has never appeared in public with a protective mask and is getting dangerously close to his employees at the Palacio de la Moncloa seat of government. His wife María Begoña Gómez (45) is infected himself. It is not known to what extent the socialist is keeping a distance from his wife these days.

British Prime Minister Boris Johnson was forced to withdraw into domestic isolation after testing positive for the coronavirus. He also has to stay away from his pregnant fiancee Carrie Symonds. He is in his apartment on Downing Street. As reported by the British media, meals are put outside his door and government documents are also stored there. Johnson is optimistic: “There is no doubt that thanks to the marvels of modern technology, I will be able to communicate with my entire top team to lead the fight against Covid-19,” the prime minister said in a video message.

Donald Trump recently signed the third aid package in the Oval Office of the White House – surrounded by 15 cabinet members, advisers, members of Congress and senators who stood close together around the US President. Trump’s guidelines on coronavirus containment avoid overcrowding of more than ten people. CNN journalist Jim Acosta scoffed on Twitter: “Social distance? Not when the economic law is signed in the Oval Office.”

Russian President Vladimir Putin is in the home office in his suburban residence Nowo-Ogarjowo – but without speaking of quarantine. From there he does the video switching – and rules digitally. He sent all of Russia on a week-long vacation this week.

But many criticized that he did not impose curfews and no contacts at the same time. In the meantime, the Russian capital Moscow and some other regions have introduced at least extensive exit restrictions.

As in Norway, strict corona measures apply in Denmark. Prime Minister Mette Frederiksen, who acted particularly intensively against the pandemic early on, encourages herself and others: “Every day I try to start the day with a little fresh air for body and mind,” she wrote recently about a selfie of herself in front of one See on Facebook. “I know how much this time demands from you. Thank you for your great commitment. We stick together – everyone for himself, “she added.

Much of the Riga cabinet is self-isolating, including Prime Minister Krisjanis Karins. In an interview, he gave an insight into his daily routine. “In the morning I was very happy, I spent almost 40 minutes outside in the garden. Wonderful weather! My God, how beautiful the sun was shining. I walked a little through the garden, breathed fresh air … “, he told the Latvian private broadcaster SWH. Despite “working from home”, Karins always shows herself wearing a suit and tie when online.

When asked if he wasn’t at least sitting around in front of the computer in sweatpants, he replied that he would feel uncomfortable.

Prime Minister Ludovic Orban was in isolation in a guest mansion of the government for eleven days until March 24th. He only left his home office in the middle of the month to take the oath of office with the new government. Amazingly, there were no pictures of it. However, the Presidential Office explained in great detail that all the ministers, Orban and President Klaus Iohannis present there had worn masks and gloves.

The ballpoint pens with which the ministers signed their official oath were thrown away after one use. All objects that they touched during the oath of office – including the Bible on which they had to put their hands – were disinfected after each oath.