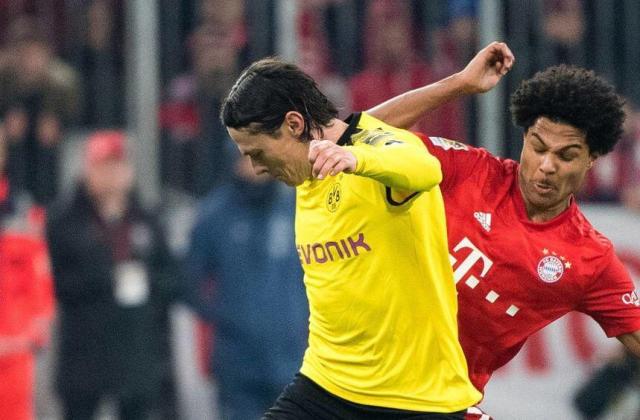 Frankfurt. The extension of the Bundesliga break until April 30 is only a matter of form – at UEFA, due to the dramatic expansion of the corona crisis, the business games go well beyond this date. Because it is currently not foreseeable that – with the exception of Belarus – game operations will resume throughout Europe, UEFA boss Aleksander Ceferin has introduced a general expansion of the current season into the summer for the first time.

At the same time, the 52-year-old announced a deadline when the ball would have to roll again at the latest in order to save the 2019/20 season. “We could start in mid-May, early June or late June. If we don’t do any of this, we probably won’t be able to finish the season, ”said the Slovenian to the Italian newspaper“ La Repubblica ”.

Behind the scenes, the European Football Union is already negotiating with the national leagues to adjust the game calendar. If agreed, this season could end “at the beginning of the coming” season. That would only be in August – and would inevitably mean that the 2020/21 series would have to start “a little later”, according to Ceferin.
However, the appointment options are very limited due to the postponement of the European Championship in the summer of 2021. The EURO is expected to rise from June 11 to July 11 next year. A final decision about an extension of this season has therefore not yet been made, especially since, in addition to the national leagues, the Champions League and Europa League are suspended indefinitely.
The 36 German professional clubs want to vote on how to proceed at the general meeting of the German Football League on Tuesday. The suspension of the season until the end of April, which the DFL Presidium had recommended, is considered certain. “This is a formal act that corresponds to logic. That will happen 36-0, ”said Eintracht Frankfurt’s sports director Fredi Bobic on Sunday at the pay-TV channel Sky.
The desire in the league is to return to the field in May. However, football is dependent on the overall situation in Germany. “We’re just sitting in the passenger seat and we don’t have that in our hands,” said Bobic. “Maybe we won’t play until June.”
The longer the break due to the coronavirus pandemic, the greater the problems for the clubs. Andrea Agnelli, President of the European Club Association ECA, described the corona crisis as an “existential threat” to European football.
“It will be the greatest challenge that our game and football system have ever faced,” wrote the boss of Italian record champions Juventus Turin in a letter to all clubs. “Since football has come to a standstill, the income that we rely on to pay our players, staff and cover costs is frozen.”
Juventus has already responded to this. The Serie A championship leaders agreed with their professionals around superstar Cristiano Ronaldo and coach Maurizio Sarri to waive their wages for the months of March to June. According to the association, this saves 90 million euros. (TEH)