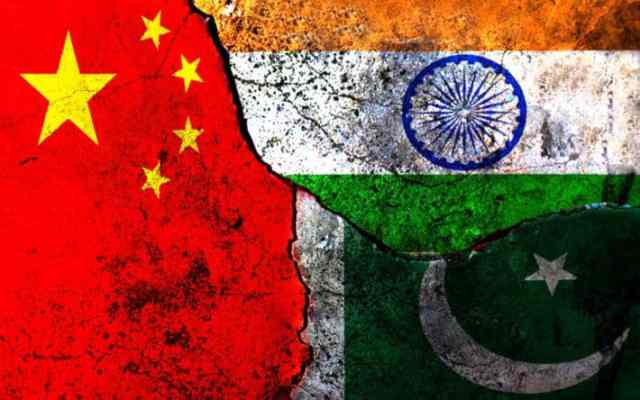 Globalization is ending and the world is taking a huge turn to an unknown transition of political, social and economic cultures and status quo. Everyone is enthusiastic to enter this new world with none knowing what would it look like and loom around for time being the only lonely twin sisters of apprehension and uncertainty. The human brain is at its utmost accelerated pace of cooking tons of conspiracy theories which are as appealing, amusing and convincing as ill-founded they perhaps may just turn out to be. The world which was pissed off between the takes of two global giants of the USA and China erstwhile is now being fully sandwiched in between their layers. Counting what the neo global trends might have to offer to India and Pakistan, there is hope, peace, and progress scintillating for the whole region.

If it is, as many theorists claim it would be, the rise of China so that must be a good omen for Pakistan. The Chinese long trust which Pakistan has clamored around since its independence and till now has always stood the test of times. But the newly found China in the post-pandemic world would harbor insatiable political and economic intentions and aspirations which will be the critical test of Pakistani pace traversing with the neo global giant given its internal political fragility and external unfriendliness alongside its borders with a primitive model of national economics. It would require huge institutional matchmaking on the Pakistani side to make full advantageous utilization of the Chinese rise.

How the new global balance will be struck will have predominant effects on Pak-India thaw concerning the intensity of the economic chaos that will push India to start heralding significantly new political doctrines. India is feeling the economic burnt of pandemic and while this mayhem continues, Modi led Government is seen pacifying their discourse of hatred for all the known reasons as to leave some space for holding up communications if the corona bashing goes on wracking the Indian economy. For Pakistan, the structural economic devastations will be limited given the rudimentary and irregular structure of our economy that remains unto this date undocumented. Being a small scale economy it would undergo similarly severe shocks but with the artificial Chinese economic aid and assistance, the Pakistan economic chaos will be neutralized.

Pakistan will achieve a strategic significance which it has never had before since its creation in the post-pandemic world called the phase of socialist humanism. The Chinese longstanding global doctrine of diplomacy is crystalline in the form of Belt and Road initiative which focuses attention on collective growth, collective development, and collective progress. This doctrine no doubt has its hidden and core Chinese interests but the positive and humanistic approach within the doctrine is far more pervasive than the former.

The Truman Doctrine followed by Marshall Plan reconstructed Europe from scratch and the Chinese Belt and Road Initiative may be just the reflection of the Truman-Marshall parallel with the significant subtraction of American hegemonic intentions and value addition of the Chinese socialist humanism.

China has diplomatic and political distrusts with India but these variants are not of types and sorts to create frigid deadlocks between the two giants. Chinese rise is only ensured if the region around China witnesses political stability without which economic well being will remain a wild goose chase.

It would be the prime Chinese objective to create sense and sensibility in the region which will remain impossible without the decisive inclusion of India. India is a rising and shining economy and this reality cannot be blinked by China which has global intentions. Moreover, the Chinese doctrine of Belt and Road remains incomplete without the essential Indian inclusion as even historically the world always traded through the Indian routes and this has always stayed like that from times of antiquity.

The Chinese-Indian faceoff was only a mere caricature of abstraction drawn at the behest of American intentions which wanted to contain not only the Chinese rise but also in a way downplay the precipitated Indian economic rise.  Stability both political and economic is the first condition for China to garner its long and short global political designs. On the Indian side, stability is as important as on the Chinese side as Indian progression in the bright and healthy future is poised in the factors which are common to China.

The region can march towards greater development especially in the post-pandemic world which has brought us the lessons to fight against disease and work for healthy populations. The significance of being good neighbors and taking good care of one another is on the highest ever felt of times than ever before.

The post-pandemic world has bright sides for both Pakistan and India in easing out their relations and building from the clean slate a newly found bilateral relations marked by new political and economic dimensions. The curse of COVID 19 has shown us the horrors in more intense manners than what we learned from Hiroshima and Nagasaki.

One thing is for sure that while the geographic world will not change, the political world will not stay the same. The fault lines wreaked by the shocks of the pandemic are yet to be unveiled in the global economies as for now it is only the headcount that is focused by the statisticians and the deep laying econometrics is yet to be worked out.

The Chinese rise predicted by the oracle is materializing and the whole region along with India and Pakistan will too undergo colossal political, social and economic shifts and this needs preparedness and readiness on the Indo-Pak sides with giving way to increased trust and mutual restitution.