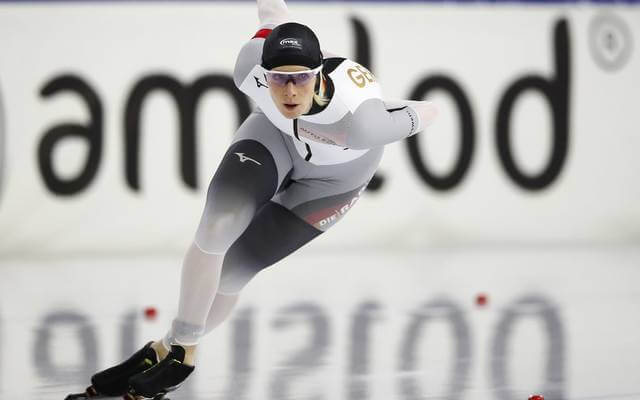 “It has become clear to me that I want to take a new path in my life and therefore can no longer and will not give 100 percent for competitive sports in the next two years,” said the Inzeller.

“I thought about it well, because we couldn’t train, I had a lot of time to do it. I didn’t make a gut decision, “she told the German Press Agency. At the individual distance world championship in Salt Lake City, the 28-year-old had taken the ranks twelve (1500 meters) and 15 (3000 meters) and was very disappointed, she admitted.

For the training group of German all-rounders led by Erik Bouwman, her resignation is a bitter loss, especially since there were hardly any alternatives to the 48-year-old record champion Claudia Pechstein insight, especially for the women. At the German championships, Dufner had taken second place this year over 1000 meters, 1500 meters and 3000 meters. It is characteristic of the current situation in the German speed skating community that, apart from some trainers, no association representative has yet reported to her to resign.

“Of course, it’s all very difficult for me, because I’ve been doing speed skating since I was six,” said Dufner, whose younger brother Joel had shown his progress at the end of the season with an eighth-place at the Sprint World Championships.

Roxanne Dufter, who studies sports management, described 16 top 10 positions at 46 World Cup starts and participation in the 2018 Winter Olympics as the “highlights of her career”. She was always the most successful in the German team trio, with which she won EM bronze in 2018 and finished fourth in 2016 and 2017 respectively. “I will never forget this time and only take positive things into my future,” she said goodbye. But she also has a Trainer-A certificate, so that you might see her again on the ice rinks.