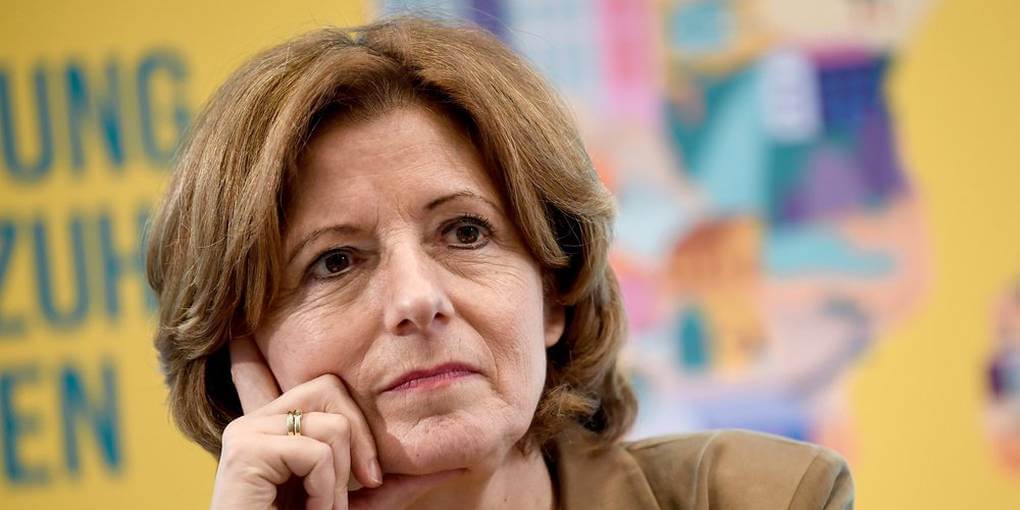 Mainz – The Mainz virologist Bodo Plachter sees a slight decrease in new corona infections in Rhineland-Palatinate – albeit at a high level. However, this trend should be seen with great caution and it remains to be seen how the numbers will develop, said Plachter, deputy director of the Institute of Virology at the University Medical Center in Mainz on Tuesday. The measures taken until April 19 to contain the virus would have to be strictly followed in order to further reduce the numbers to a high level.

Relaxation of the restrictions are not yet in evidence, emphasized Prime Minister Malu Dreyer (SPD) after a meeting of the Ministerial Council with Pachter. Federal figures were needed by the end of the week or the beginning of next week. The Prime Minister will discuss the situation with Chancellor Angela Merkel (CDU) again tomorrow in a booth on Wednesday.

The number of corona infections in Rhineland-Palatinate rose by Tuesday by 5.7 percent to 2,839, according to the Ministry of Health. This is about the same increase as the previous day at 5.5 percent. A week ago, the number of cases soared from Monday to Tuesday by 15.2 percent.

Dreyer and Plachter spoke out against a mask requirement to contain the virus. A simple mask can be an additional protection especially for other people and whoever wants to use it should be able to buy it, said Dreyer. The state government is campaigning for this with industry and volunteers. However, Dreyer and Plachter emphasized that these protective masks are only an additional measure in addition to the important contact, distance and hygiene rules. “We must not suggest that simple mask protection is the solution to the problem. That would be the absolutely wrong signal, “said the Prime Minister. However, many people would have developed the need to wear such protective masks.

Plachter emphasized that medical masks would have to be used primarily in clinics, doctor’s surgeries, old people’s homes, and nursing services. When shopping, on trains and buses and in other public areas, simple and self-made masks were enough for people who wanted it. Distance and hygiene are paramount.

A voluntary tracking app to stop the spread of Corona is represented by data protection law, said Dreyer. It could be a suitable remedy if the current restrictions were to be eased at some point.

In order to be able to understand chains of infection, location data alone was not sufficient; the decisive factor was the knowledge of contacts with infected people, said data protection officer Dieter Kugelmann. This is supported by a mobile phone app that informs those affected on the basis of voluntary use in relevant contacts. “A lot depends on the specific design, but such an app is possible and can also be designed in accordance with data protection.”

From his point of view, the decisive criteria in the development are the voluntary decision to use, a narrow earmarking, the pseudonymization of the data and a deletion if there is no longer a risk of infection.

People suffering from COVID-19 would have to be treated in hospitals, Dreyer said. The rehabilitation clinics could also be prepared for this in a second step. “The aim must be that people who are seriously ill are treated in hospitals.” If halls were prepared prophylactically in some places, it would be a decision of the municipalities.

Around 5000 people are currently being tested in Rhineland-Palatinate per day, said Plachter. “We are quite well positioned with tests that are available.”