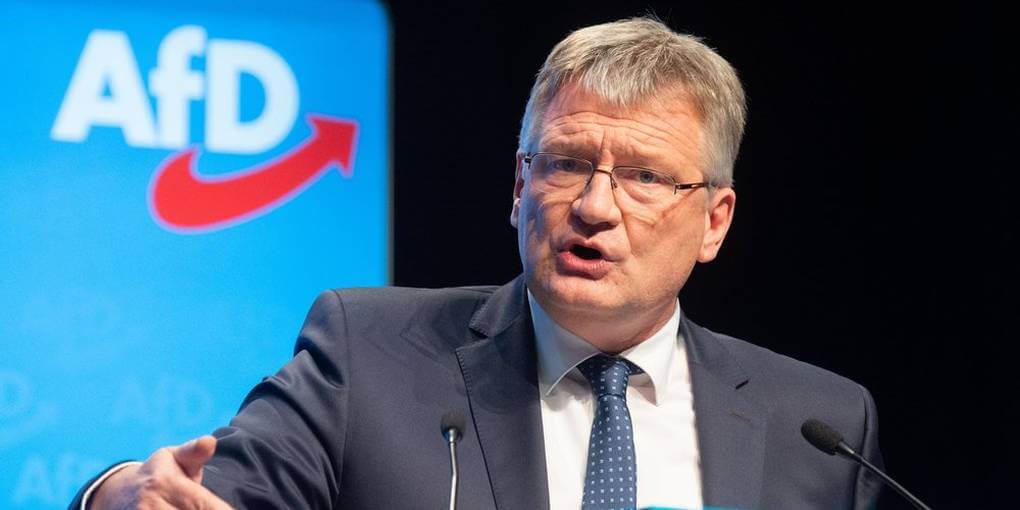 Berlin / Erfurt – AfD leader Jorg Meuthen has offended AfD top politicians with his thought games about a possible division of the party.

Co-party chairman Tino Chrupalla said he was “somewhat surprised and disappointed in human terms by Meuthen’s move.” For him, the unity of the party was not an issue. Anyone wishing to initiate a discussion about the future of the AfD must do so in the party committees and not in public.

Meuthen had suggested on Wednesday to speak “open-ended” about whether, given the great ideological differences, it would be better not to split the party into a “liberal-conservative” and a “socio-patriotic” wing. “We should discuss it in peace, but then we should reach a decision by the end of the year,” said the party chairman of the German Press Agency.

“The considerations of Jorg Meuthen are not very expedient and extremely apolitical,” criticized AfD parliamentary group leader Alexander Gauland, who is also honorary chairman of the party. The military motto “march separately, strike together” presupposes a unified leadership, and that is exactly what Meuthen wants to eliminate now, he said.

Co-Group leader Alice Weidel also does not believe in a division. “We are facing groundbreaking elections next year,” said Weidel. If the AfD breaks down into its individual parts beforehand, «we have gambled away everything that has been built up in recent years».

The spokesman for the right-wing AfD network “Flugel”, the Thuringian AfD country chief Bjorn Hocke, wrote on Facebook that Meuthen’s discussion was “foolish and irresponsible”. Hocke recently announced that the influential “wing” would dissolve by the end of April. That was what the federal executive board of the AfD had asked for. The Thuringian constitutional protection considers this step, which Hocke and the Brandenburg AfD country chief Andreas Kalbitz announced, but for a “fog candle”.

“I think Mr. Meuthen’s assessment is factually and politically wrong, but I will not have any internal discussions in public,” said Kalbitz on request. But there is also encouragement for Meuthen – so far, however, mostly only behind the scenes.

With his “food for thought” Meuthen had already caused considerable unrest in the party on Wednesday. “In my opinion, both groups in the party are clearly strong enough to be able to exist independently, especially since this made it possible to reach significant additional groups of voters differently than before,” he added on his Facebook page on Thursday. It was, therefore, time to think about an amicable separation.

The Federal Office for the Protection of the Constitution classified the “wing” founded by Hocke in March as a “secure right-wing extremist endeavor”.

“The split is a weakening,” said Berlin political scientist Hajo Funke. He believes that both camps, as expected by Meuthen, could win additional groups of voters – “especially not in the West, if the government parties do not make too many mistakes in the virus crisis””, especially in the West. Funke estimates the supporters of the “wing” in the AfD to be “one third to 40 percent”.