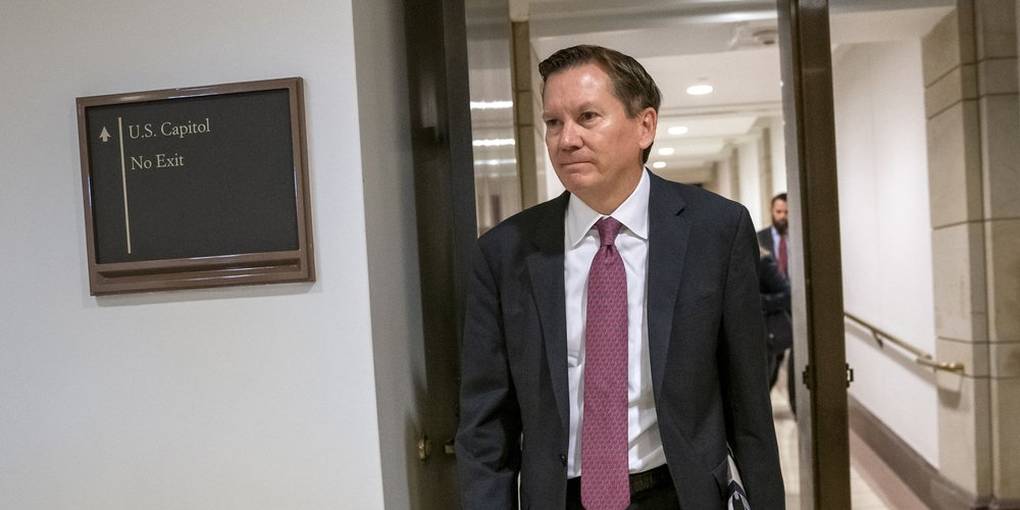 A letter from Trump to the chairs of the Senate and House Secret Service committees said he had lost confidence in Atkinson. This played a central role in getting the Ukraine affair rolling, which ultimately led to impeachment proceedings against Trump in Congress. According to Trump’s announcement, Atkinson will leave office in 30 days. The US president did not name a successor.

Atkinson, an internal secret service supervisor, had forwarded a whistleblower complaint to Congress regarding a Trump call to Ukrainian President Volodymyr Selenskyj. According to the allegations, Trump is said to have pushed Selenskyj into an investigation against his democratic rival Joe Biden to influence the 2020 US presidential election in his favor.

This led to impeachment proceedings against Trump, which the Senate acquitted in early February. Trumps Republicans have the majority in this chamber of parliament. The House of Representatives, controlled by the Democrats, had indicted Trump in December for abuse of power and interference with the Congressional investigation. Trump spoke of a “witch hunt” and threatened whistleblowers in the “serious consequences” affair.

After Trump’s acquittal, a National Security Council expert in the White House, Lieutenant Colonel Alexander Vindman, and US Ambassador to the EU, Gordon Sondland, were released from their duties. Both had testified against the President in Congress after being summoned to pay a fine.

Sharp criticism of Atkinson’s dismissal came from Democrats in Congress. Senate Democratic minority leader Chuck Schumer wrote on Twitter: “Michael Atkinson is a man of integrity who has served our nation for almost two decades. The fact that he was fired because he had the courage, to tell the truth to the powerful makes him a patriot. »