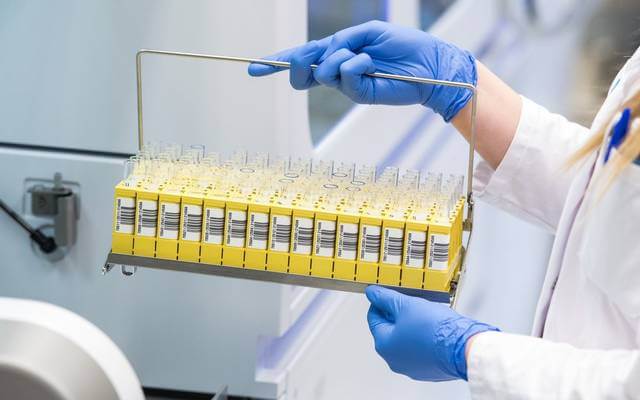 Berlin – The virologist Ulf Dittmer sees problems with a possible restart of the Bundesliga with regular corona tests for the players.

“We are pretty close to attacking laboratory capacities in Germany,” said the head of virology at University Medicine Essen in the “Westdeutsche Allgemeine Newspaper”. “I don’t know which laboratory will then be available to test healthy Bundesliga professionals, although we urgently need these tests for seriously ill people.”

According to an MDR report, the pros should be tested for a possible infection with the coronavirus every three days when the game resumes. If the result is positive, not all players on the team should be sent to quarantine, only the infected one. A DFL spokesman had said about the report: “The task force has started work, but no results are yet available. Football will always comply with all official requirements. »

At a virtual general meeting, the 36 professional clubs had decided on Tuesday to suspend play until at least April 30. Team training will not be permitted again until next Monday at the earliest, provided that the responsible authorities allow this. The goal is to end the season by June 30th.

Virologist Jonas Schmidt-Chanasit from the Bernhard Nocht Institute in Hamburg said that “all players can be tested for antibodies to find out who has carried the virus and who is immune. Only these players should be allowed to play then. » However, it would be questionable whether every club has enough playable professionals. The MDR had reported that the teams will have to play a game if they have 13 field players and two goalkeepers.