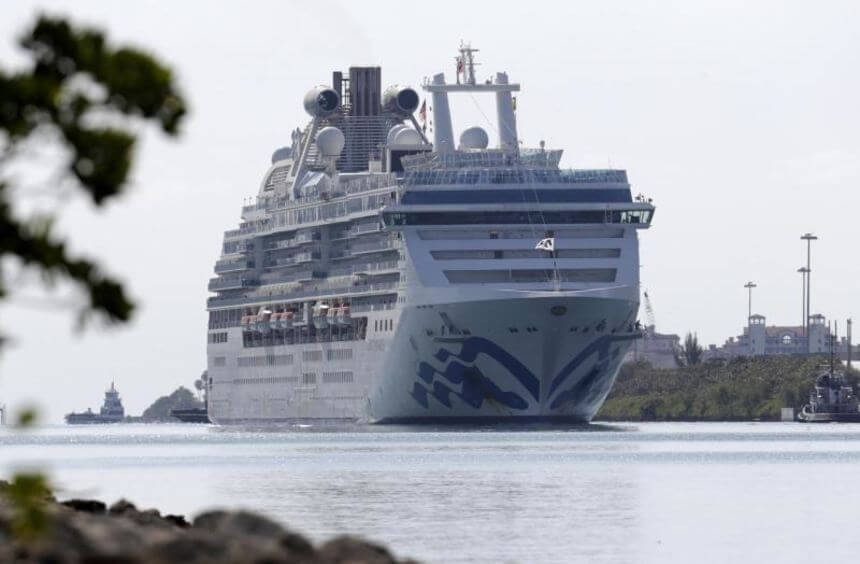 Miami (TEH) – Another cruise ship with Corona patients onboard has moored in a US port after the death of two passengers. According to US media reports, the “Coral Princess” docked in the port of Miami on Saturday (local time).

When the more than a thousand passengers and almost 900 crew members were allowed to disembark was initially unclear. The cruise operator Princess Cruises had already announced on Thursday, according to the transmitter CNN, that twelve people on board – seven passengers and five crew members – had tested positive for the coronavirus. The company then announced on Saturday that two passengers had died.
According to the information, the “Coral Princess” had left Chile on March 5. The trip should, therefore, end in Argentina on March 19. Because of the coronavirus pandemic, however, several countries have refused to allow passengers to go ashore.
Previously, the “Zaandam” had already moored in Fort Lauderdale, Florida, on Thursday. The majority of the passengers were to be flown out of the city near Miami. However, some patients should also receive medical care on-site or remain on board for quarantine. Several passengers had tested positive for the coronavirus on the “Zaandam”. The Holland America Line shipping company announced on Monday that four passengers had died and others were in mortal danger.
-Advertisement-