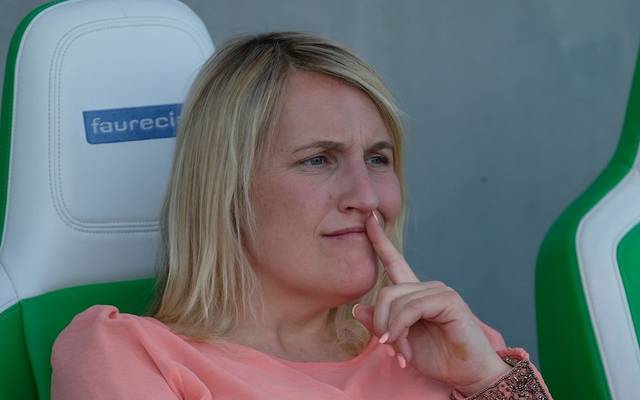 Berlin – When Steffi Graf surprisingly lost the final of the French Open more than 30 years ago, a German tabloid headlined the following day: “Steffi’s confession. I had my days ».

Outrage at the headline in June 1989 was immense. How would the reaction be today? In 2020, the topic of menstruation in top-class sport is not exactly one of the long-term media favorites. There is hardly any public discussion about this, and scientific research turns out to be complicated.

There is no question that the female cycle can affect performance. Factors such as muscle build-up and loss, weight changes or water retention are related. “The woman’s body is simply different, you have to take that into account,” says Pauline Bremer of the German Press Agency. “Every competitive athlete can confirm that performance fluctuates depending on the day. If you are wondering, what is wrong with her today? It can always be connected, »says Bremer.

The 23-year-old national soccer player changes from Manchester City to German champions VfL Wolfsburg in the summer. And in England, Man City’s league rival Chelsea FC recently caused a stir on the subject. At the beginning of the year, the “Telegraph” reported that the team should be trained in line with the cycle of the players. “As the first club in the world”, as the newspaper wrote.

Each player will get an individual training plan. To do this, information and symptoms would have to be entered into an existing app. The initiative came from trainer Emma Hayes. The idea behind it: improve the athletes’ performance, reduce the risk of injury.

At Manchester City, too, there are morning questionnaires “in which we state how we feel, and menstruation is one of the points,” explains Bremer. Awareness of this topic can help “better control and assess performance,” says the offensive player.

Chelsea coach Hayes actually got the idea when her team lost the FA Cup final to Arsenal in 2016. At the time, many players had had their period and not shown their usual performance, the 43-year-old told the “Telegraph” and also pointed out difficult basic requirements for the topic.

“You could say that I am a trainer in an industry where women have always been treated like little men. Whether rehab, strength training or tactical training – everything is based on what men do, ”said Hayes and added the seemingly banal sentence:“ We have to go through something totally different every month than men. ”

It is, therefore, all the more surprising how science has (so far) dealt with the topic. Studies with competitive athletes are very difficult, the former handball national player and today’s sports medicine doctor Petra Platen from the Ruhr University Bochum told the “Frankfurter Allgemeine Newspaper” for a contribution that appeared under the title “This girl thing – top sports taboo menstruation”. The 60-year-old referred to the pill, which, as expected, falsified the results and to the fact that competitive athletes often couldn’t get their periods at all.

The German Olympic Sports Confederation most recently approached the topic in its magazine “Competitive Sports” with a four-page essay in which the authors emphasized the different performance levels in the three phases of the menstrual cycle (follicular phase, ovulation, luteal phase). This should “take into account when developing training plans and individual training control,” was one conclusion.

Of course, this is easier with individual sports than with team sports. «In football, you can’t say that some people train today, others tomorrow. In athletics, that is certainly a bit different to coordinate, »says Pauline Bremer. And yet the approach of including the menstrual cycle in the training of female athletes is also becoming increasingly important in team sports. The American football association revealed last summer that the team of coaches at the World Cup in France also took the players’ cycle data into account when planning their training. The USA became world champions.