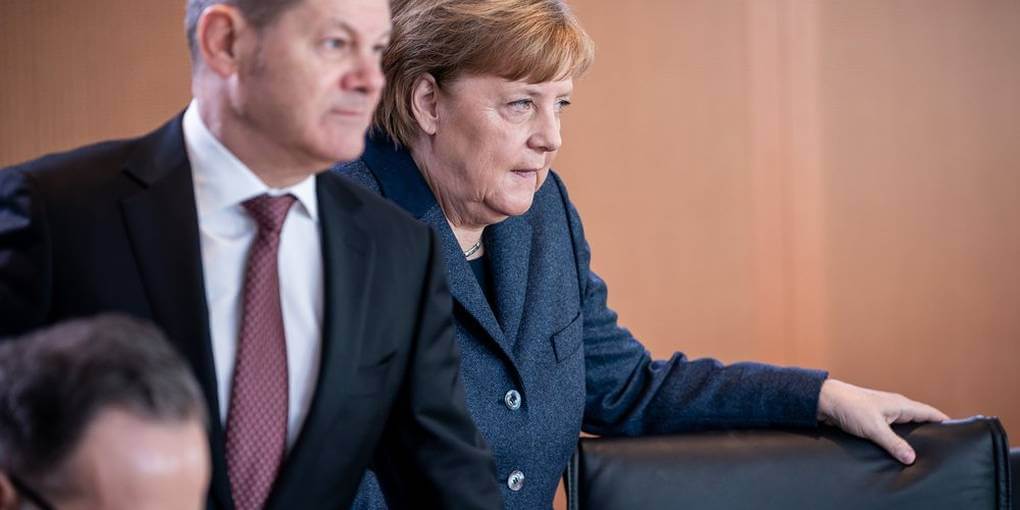 Berlin – In the Corona crisis, the Federal Government wants to decide on additional aid on a large scale, especially for small and medium-sized businesses.

The German press agency learned from government circles that the “Corona” cabinet wanted to adopt an additional loan program. The aim is to prevent a wave of bankruptcies and to keep jobs.

It’s about improvements in credit terms. Companies are to be covered with 100 percent state liability for a limited time.

The state development bank KfW has so far borne up to 90 percent of the credit risk in the special loan program. There have been repeated complaints from the business community that credit checks by the house banks are too complex and no loans are being granted because companies are not creditworthy in the current crisis.

Over the weekend, the finance and economy ministries had given intensive advice on the new program. It was reported that an agreement was reached late on Sunday evening.

Loans for medium-sized companies are now to be secured for a limited time with 100 percent state liability. It was discussed that the maximum limit could be 500,000 euros per company. The state could offer guarantees totaling up to 300 billion euros.

The EU Commission cleared the way for the planned program on Friday. The Commission approved programs in which Member States could, for example, grant interest-free loans or assume 100% risk liability. The maximum limit per company is 800,000 euros. The aim was to quickly meet the urgent liquidity needs of small and medium-sized companies, the Commission had announced.

The German Chamber of Commerce and Industry (DIHK) had asked the federal government for another loan package in view of hundreds of thousands of closed shops and extensive production suspension. The economy is now much more affected by the pandemic than it was in mid-March when the federal government decided on its corona package. “In addition, chain reactions are now increasing across the board,” said DIHK President Eric Schweitzer on Sunday.

“The federal government’s protective shield already contains good instruments that have a mitigating effect on the crisis,” said Schweitzer. «But it is urgently necessary to develop this further now. The current standstill is dramatic for large parts of the German economy. » According to a DIHK lightning survey, almost every five companies nationwide are threatened with bankruptcy. “Among them are tens of thousands of medium-sized companies that are so far healthy,” said Schweitzer.

The chief executive of the Federal Association of Liberal Professions, Peter Klotzki, had complained that “defensive behavior” often made house banks a bottleneck. “At this point, it could be optimized by the state exempting banks from liability 100 percent.”

Corona credit continues to be in high demand. By Thursday, companies had submitted around 3,200 applications with a volume of around 11 billion euros to KfW, the Federal Ministry of Economics said on request. So far, about 2,700 applications have been approved with a total of 960 million euros.