Girona – The Pyrenees in front of him. Jan Frodeno knows them, he knows the view of the mountain panorama from Girona, especially from his «Pain cave», as the rooms with bike trainers and treadmills are often called in the scene.

Here, on April 11, after 3.86 kilometers of swimming in the nine-meter-long pool with a counter-current system, Frodeno will walk a tight 180.2 kilometers on a bike that is connected to a smart roller trainer. The three-time Ironman world champion will then also run 42.2 kilometers on the treadmill. Alone – and not entirely.

If you can’t or don’t want to train alone these days with curfews like in Frodeno’s Spanish adopted home due to the corona pandemic or restrictions like at home in Germany, there are simulation apps. The basic equipment includes a smartphone, tablet or laptop and a corresponding roller trainer, for which several hundred euros can be quickly due.

The advantage: If you sit on a bike for two or even more hours and don’t move, you know what monotony means. And if you want, you can take part if you naturally register with various providers. Whether from Spain, Germany or from anywhere else: they come together in the virtual world. Distance doesn’t matter.

The online platforms offer variety and a feeling of togetherness in times of isolation and contact closures. Accordingly, interest has increased in recent weeks – among athletes, organizations or manufacturers, as the provider Zwift confirmed on request.

Everything is possible virtually. Because all triathlon events were canceled or postponed for the time being, Ironman recently organized the first edition of the Virtual Racing Club. Two-time champion Patrick Lange won the professionals, a half-Ironman bike route was ridden with the roller trainer and the provider Rouvy.

According to official information, a total of 12,000 athletes from 115 nations participated last weekend. Three sections had to be completed between April 3rd and 5th: 5 kilometers running, 90 kilometers cycling, 21 kilometers running – duathlon instead of triathlon, no matter the order.

Thanks to the roller trainers, which are connected to the app via Bluetooth, they change resistance, for example, when there are inclines in the virtual training world. If it goes downhill, it will be easier. From amateur athletes to top Professional – at the moment many are on the roll, also because of the request to stay at home in the fight against the further spread of the Sars-CoV-2 virus. Or the clear requirement, as with Frodeno in Girona, Spain, not to leave the house.

The 38-year-old wants to pay tribute to those who primarily help in the fight against the consequences of the corona pandemic. “It is definitely not for self-expression,” he emphasized in a sponsor interview. «I just want to attract attention to collect money. I would like to support those who are currently running the real race for life and death in hospitals day in and day out. »

The Belgian professional cyclist Laurens De Vreese already made a name for himself with an eleven-hour ride on the roll and drew attention to the fight against the virus: he pedaled 368.94 kilometers on the roll. Go from Hamburg to Berlin – including big city tours. The driver from Team Astana burned almost 9,000 calories.

If, like Frodeno, you have the necessary money and a pool and if you have a countercurrent system installed in time, you don’t have to do without swimming at the Ironman. If you had asked him to do something like this ten years ago, he would have declared him crazy, said the triathlon superstar, who was the only World Cup gold in Hawaii (2015, 2016 and 2019) and gold at the Olympic Games (2008 in Beijing) ) won.

His «Tri @ home» should not be a real race in times without competition. Frodeno, who wants to donate the proceeds, expressly advised against doing it, but at most selectively. It’s not about speed, minutes or seconds. “It is about showing that you can do a lot in your own four walls despite restrictions,” stressed Frodeno. 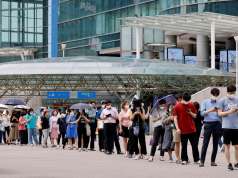 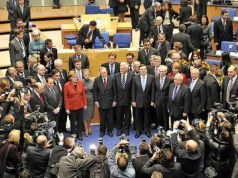