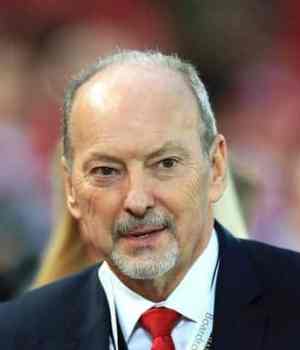 London – The opinion of the fans apparently still has weight at Liverpool FC. After violent headwinds, club boss Peter Moore does not want to send the club’s non-football employees on vacation as planned.

“We believe that we came to the wrong conclusion last week, we are really sorry,” Moore wrote in an open letter, responding to the sharp criticism from Liverpool fans and some ex-professionals about the measure.

The Reds had originally planned to use a government program to save jobs because of the coronavirus crisis and the related football break. The state would have paid 80 percent of the wages, the association the rest. So the employees should not suffer any financial disadvantages. Players and Jurgen Klopp’s coaching staff would continue to collect their salary, however. Does that fit into a club that calls itself a big family?

Despite the growing public and political pressure, the Premier League professionals have so far been unable to cut their salaries, although many players would be willing to do so. The player union PFA rejects a flat wage cut of 30 percent.

PFA chairman Gordon Taylor, who, according to the British media, has a salary of almost three million euros, sees the clubs as obliged to disclose their finances first. The players would have to make sure that not wealthy club owners benefit from their waiver, but that the money arrives in the right places.

In addition, there are large differences in revenue and expenditure, Taylor told the Guardian. Therefore, every club has to clarify the matter for itself. No solution was in sight until Tuesday.

As long as no agreement is reached, the clubs are in a conflict between economic action and moral values, as the example of Liverpool shows. Other clubs, including Newcastle United, Norwich City and Tottenham Hotspur, had followed suit. At first, hardly anyone seemed to mind.

Now the criticism is growing louder among Spurs fans. “We are now saying it clearly and publicly – do not further damage the club’s reputation, listen to the fans,” wrote the Tottenham Hotspur Supporters ’Trust, an influential fan organization.

Previously, the long-time former professional Jamie Carragher had scolded in Liverpool. “Any respect and goodwill will be lost,” tweeted the club icon unusually sharply, “poor LFC”.

While the players are still hesitating, the Premier League coaches are a bit further. After Bournemouth trainers Eddie Howe and Graham Potter from Brighton & Hove Albion said last week that they would voluntarily forego part of their wages, other colleagues are now said to have signaled their willingness to forego a salary, including a Liverpool coach, according to the Daily Mail Klopp.

Klopp hit a nerve at the start of the coronavirus pandemic when, despite the upcoming championship, he made it clear that other things were more important than football. It would only be logical if the popular coach set a good example again – and could calm the fans down after the recent upset.

As a precaution, Moore warned the supporters of “unprecedented” losses. “Our earnings have dropped, while our expenses remain,” said the Liverpool boss. When and how the season continues for his club, when and whether the Reds can celebrate their deserved championship is still completely open. After all, UEFA President Aleksander Ceferin does not see winning the title entirely at risk. “I do not see a scenario in which it would not amount to Liverpool,” said the head of the European umbrella organization to the Slovenian sports newspaper “Ekipa24”.