FLORSHEIM-DALSHEIM – A male resident of the Pro Seniore residence Wonnegau in Florsheim-Dalsheim has tested positive for the Coronavirus. The district administration Alzey-Worms announced.

“All measures that are necessary are now being initiated,” says Luise Hussung, spokeswoman for the district administration. The health department would be in close contact with the facility, which according to the website has 146 nursing places and 58 apartments for assisted living. As Peter Muller, spokesman for Pro Seniore reports, an employee had also been sent to home quarantine as a precaution because he showed symptoms.

“The situation is currently absolutely manageable and cannot be complete Worms. As of now, ”emphasizes Muller. The Residence Amandusstift in Worms-Weinsheim, from which one resident and one with Corona disease have already died, belongs to Pro Seniore. According to the latest figures, a total of twelve residents and 19 employees in the Amandus pen are infected with the virus. Employees who work in Worms would not also be deployed in Florsheim-Dalsheim, says Muller. The cases are “completely independent of each other”.

In Florsheim-Dalsheim, there would currently be no signs of corona disease in any other resident. “But of course everything is now being checked carefully.” It is unclear where the sick resident became infected. “We’re talking about an event that happened two weeks ago,” said Muller. At that time, the restrictions on visits were not yet so strict and residents in assisted living could leave the facility. The sick man lives with his wife in assisted living. 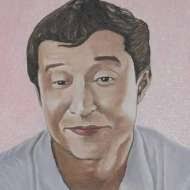