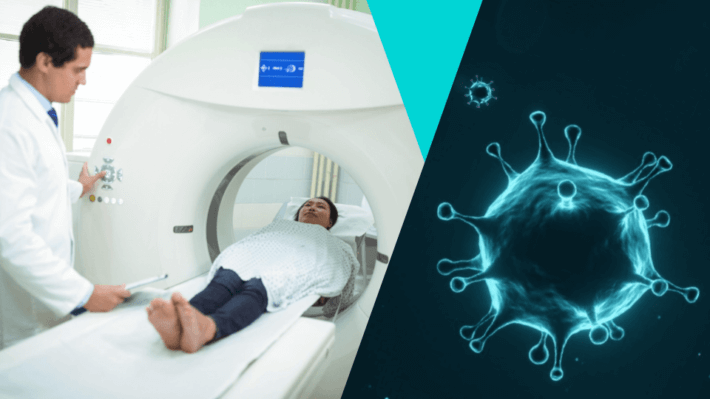 Berlin (TEH) – With the new lung disease COVID-19, it is too early from an expert’s point of view to make reliable statements about possible late effects the medical doctor Sven Brille from the Vivantes Clinic Neukolln. In contrast, it can be assumed that patients with mild pneumonia derived from similarly developing other lung diseases do not have to fear any relevant consequences, and based on initial experience it can be assumed that the vast majority of patients will be discharged home without noticeable restrictions, said the President of the German Society for Pneumology and Respiratory Medicine (DGP), Michael Pfeifer, the German Press Agency. Reliable studies on the subject have so far been lacking, however, and the first results can be expected for Germany in May.

According to data from the Robert Koch Institute (RKI), pneumonia has been observed in about two percent of people infected with Sars CoV-2 in Germany. Some of the patients have to be ventilated, often for long periods, and the possible consequences of severe courses in such cases do not have to be due to the virus alone, as glasses explained. Mechanical ventilation is also an unavoidable but potentially harmful stimulus to the lung tissue. Besides, there were complications such as bacterial infections during the relatively long time that COVID 19 patients were in the intensive care unit. There are currently no binding follow-up recommendations. A uniform standard is necessary, ideally with a systematic recording of the results.

To systematically track recovered patients, initial preparations are underway, said Pfeifer from the DGP. Some of the patients will need rehab treatment after a severe course. Concepts are currently being developed for this. Virologist Christian Drosten recently said in the NDR podcast that there are indications that “in their general condition, patients need a long time to recover”. More than a month after hospital discharge, patients are still generally weakened after severe courses. Lung function also does not seem to be good after surviving a severe infection.NDR podcast with Christian Drosten