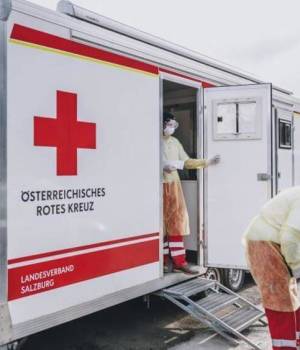 Vienna (TEH) – Austria wants to test all employees and residents of retirement and nursing homes for the coronavirus. Health Minister Rudolf Anschober (Greens) said at a press conference that this was “the very big, central focus” of the future test strategy in the Alpine Republic.

According to Anschober, the measure affects 130,000 people in more than 900 facilities. So far, Austria has carried out a total of around 157,000 corona tests, and Anschober referred to examples from other European countries in which the coronavirus had often spread widely in old people’s homes and nursing homes.

The mortality rate from the virus is also high here. The changed test strategy for Austria also includes more tests for retail employees. Until recently, suspected cases of Sars-CoV-2 were tested in the Alpine Republic. The minister said that there are now fewer and fewer of them, and Anschober was quite satisfied with the total number of tests to date.

The number of new infections every day is now very low in Austria. As of Thursday, 8 a.m., the Ministry of Health reported 14,370 confirmed cases. More than 8,000 people have now recovered, according to the Austrian Ministry of Health