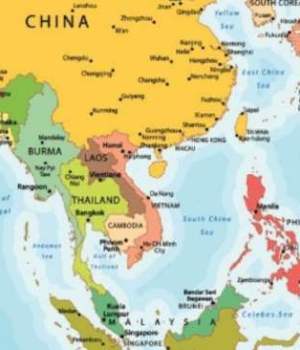 Turkmenistan and Tajikistan still claim to be spared the coronavirus. All other countries have taken rigorous measures in some cases. One country is more successful than the other.

Is the word “coronavirus” banned in Turkmenistan? The headline, which was spread worldwide for a short time, seemed to fit in with the isolated Central Asian country and its eccentric President Gurbanguly Berdymuchammedow. In fact, information leaflets on hygiene rules that contained the word had apparently been retracted. The president does not speak of the plague. Like a ban does not come. There are no officially confirmed cases. And yet everything is different in the country: flights were discontinued, Turkmen people were brought home from abroad, and the country actually has a kind of quarantine with restricted freedom of movement – without justification. This has exacerbated the already precarious supply situation. From Berdymuchammedow’s point of view, life goes on normally: for World Health Day, he organized a mass bike race.

A threat to the fragile economy

On the southern periphery of the former Soviet Union – in Central Asia and the South Caucasus – it is not much different than in other parts of the world: Each country is looking for its own answer to the Corona crisis; Alignments across national borders are only beginning to be recognized. This has to do with the properties of this plague, which knows no boundaries but occurs at different times. However, it also plays a role that regional political cooperation has a hard time here anyway. Uzbek President Schawkat Mirsijojew at least excelled with regional telephone diplomacy. Uzbekistan is trying to contain the epidemic with strict exit restrictions, dormant economic activity, and relentlessly enforced mask requirements.

Like in Turkmenistan there is also in Tajikistan officially no Covid 19 cases, just rumors, among other things, suddenly a hospital in a provincial town was quarantined. But there are hardly any restrictions in everyday life. Celebrations take place, the schools are open, bazaars are open. Garlic and lemons, which are thought to be used to prevent illness, are particularly popular. President Emomali Rachmon, who rules the poor, mountainous country in an authoritarian manner, behaves remarkably passively for someone who otherwise sets the tone. Like his counterpart in Belarus, he condemned the “panic” that would be fueled by the virus.

After all, television broadcasts hygiene rules. Tajikistan had discontinued flight connections to China and Iran very early and, from the end of March, international air traffic with few exceptions. This is a hard blow for tourism, which has increased significantly in the past few years despite setbacks and poor infrastructure and on which, as in other countries in Central Asia and the South Caucasus, there was great hope.

In general, the corona crisis in this region affects countries with many precarious employment relationships and governments that have little or no reserves to compensate for the economic and social consequences. So is Kyrgyzstan, who also declared the exceptional situation and imposed curfews, the first country, which received $121 million in emergency relief funds from the International Monetary Fund.

The “hour of the autocrats” is only very limited in the corona crisis in Central Asia and the South Caucasus. This shows the passivity of the Turkmen and Tajik rulers. This applies even more to Azerbaijan and Kazakhstan. The two regions have the strictest restrictions in the entire region. Azerbaijan also led to the population quarantine that had been introduced since the second half of March in early April an electronic authorization procedure for every course outside on.

Surveillance in Kazakhstan is somewhat less systematic, but the country immediately declared a state of emergency at the very beginning of the epidemic and sealed off the country’s largest cities, the capital Nursultan and the economic metropolis Almaty. Shops are closed, traffic within the country is reduced to a minimum, and business is shut down at least until next week.

Although the government plans to pay a flat rate of 42,500 tenges (CHF 96) to unemployed citizens, report local journalists about calls for help from the population – people are running out of money. The payment of the compensation led to turmoil, the reporting about it in-turn put pressure on bloggers and the media. The corona crisis is also one good opportunity for authoritarian politicians to further press the unpopular media on the pretext of spreading false news and to spoil civil society actors and opposition figures.

Armenia also declared a state of emergency not only very soon after the first Covid-19 diseases appeared, and had strict restrictions on public life. The government is also rigorously against any media coverage of the coronavirus that does not comply with official information. The parliament quickly decided on a legal basis for this. In a country that had impressed with its peaceful revolution two years ago, censorship was introduced through the back door.

In Georgia, too, the authorities quickly took action when the first cases occurred. They closed the borders for all foreigners, at the end of March also all restaurants, cafes and many shops. Above all, however, nowhere else in the region managed to keep the increase in diseases low from the start and to isolate contact persons for the newly infected. Only the Georgian Orthodox Church gave out and did not want to do without their services, especially during Easter. Although it is still unclear how well the strategy, which is based on Asian models, will work, the government has received praise from abroad and has also regained lost trust in the country. So far Georgia has lived up to its reputation as a regional role model.