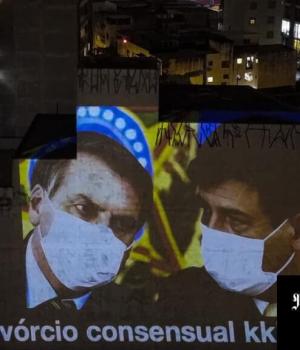 Luiz Henrique Mandetta has received a lot of approval for his corona measures in Brazil. But now the Minister of Health has to take his hat. It is the end of a power struggle with President Bolsonaro who downplayed the coronavirus.

Brazil officially counted more than 1,900 corona deaths and 30,000 infected on Friday morning, although the number of unreported cases is said to be several times higher. The country is only about to peak in a few weeks from the pandemic, but the health system is expected to collapse by the end of this month. Despite the crisis, President Jair Bolsonaro dismissed his Health Minister Luiz Henrique Mandetta on Thursday and appointed oncologist Nelson Teich as his successor. Bolsonaro justified the dismissal by saying that Mandetta paid too little attention to the problem of unemployment. Accordingly, the President again asked to return to “normalcy”. He is concerned with the resumption of economic activities.

End of a power struggle

The impeachment follows a power struggle that has been intensifying for weeks between the minister and his superior over the correct handling of the pandemic. Since its inception, Henrique Mandetta has relied on scientific knowledge and, following the instructions of the World Health Organization, has campaigned for restrictions in public life and social distance. However, Bolsonaro does not believe in these guidelines.

Concerning the economic damage, he supports the restriction of isolation to risk groups. However, this attitude is not particularly well received by the population.

Bolsonaro’s handling of the coronavirus, according to a survey by the opinion research institute Datafolha last week, found 33 percent of those surveyed to be good. 76 percent meanwhile endorsed Mandetta’s crisis management. Its popularity was a thorn in the side of the president. He accused the doctor of lacking modesty, increasingly criticized and insulted him publicly, and even threatened him with dismissal several times.

For weeks, Mandetta refrained from addressing the differences with his boss. Last Sunday, however, he dared to say in a television interview that the Brazilians didn’t know whether to listen to the president or the minister.

This led to the final break. Bolsonaro immediately started looking for a successor to Mandetta.

Nelson Teich, a 62-year-old doctor, and entrepreneur from Rio de Janeiro said after his appointment on Thursday that there were no sudden changes in the isolation measures in place and promised to base his decisions as health minister on scientific evidence. At the same time, he also said that there was complete agreement in dealing with the pandemic between him and the president. Economy and health would not compete with each other.

In his official inaugural speech on Friday, he did not explain what he meant and what concrete measures he wanted to take. In an article that the oncologist published earlier this month about the pandemic, he advocates horizontal isolation measures as well as mass tests.

In 2018, Nelson Teich was an informal advisor to the Bolsonaro presidential campaign. From September to January this year, he also advised the Ministry of Health. From the inside, however, he hardly knows this, he is considered inexperienced politically, and former colleagues describe him as extremely discreet. According to observers, these factors should not have been unimportant in the search for a new health minister for Bolsonaro. Teich’s profile does not suggest that he will stand up to his superior, as the Mandetta did.