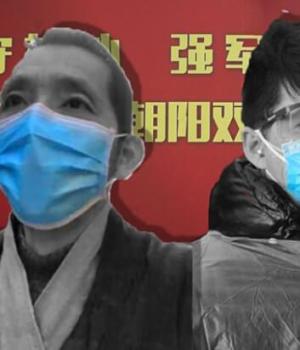 China ranks fourth last of 180 in the worldwide country ranking of the Reporter Without Borders organization. During the Corona crisis, the news controls there affected the whole world. But other populist and authoritarian rulers are also using the corona pandemic to further restrict press freedom.

The organization Reporters Without Borders (ROG) has accused China of massive violations of freedom of the press with fatal consequences in the corona crisis. “The effects of the almost total Chinese news control, which in case of doubt places the enforcement of censorship orders on health protection, have felt the whole world in the Corona crisis,” said the organization in Berlin. ROG took the appearance of the new “Press Freedom Ranking” as an occasion for his criticism.

China ranks fourth from 180 in the world, ahead of Eritrea (178), Turkmenistan (179) and North Korea (180). Since the corona pandemic only broke out immediately after the end of the survey among media professionals, the behavior of states in the crisis has not yet been included in the current ranking.

In the current ranking, Germany has improved by two places from 13th to 11th place. Last year there were no right-wing populist protests of comparable dimensions to those in late summer 2018 in Chemnitz (Saxony) and Kothen (Saxony-Anhalt). For this reason, the number of attacks against journalists has decreased. In 2019, ROG counted at least 13 attacks on media professionals, in 2018 there were at least 22.

According to the Reporters Without Borders (ROG) organization, populist and authoritarian rulers are abusing the corona pandemic in many countries to further restrict press freedom. “The corona pandemic bundles existing repressive tendencies worldwide like a burning glass,” said ROG board spokeswoman Katja Gloger.

Dictatorships, authoritarian and populist regimes increasingly tried to suppress independent information and enforce an undemocratic worldview. In addition to China, the organization also mentions Saudi Arabia and Egypt as examples in its report. According to the ROG, the number of media workers in prison is highest in these three countries. China is trying very hard to implement a “new world media order” even beyond its borders.

Countries such as Singapore and Benin restricted media freedom on the pretext of fighting “fake news”. In Russia, India, the Philippines, and Vietnam, troll armies rely on disinformation in the service of the government to direct public opinion and discredit critical media people. In the United States and Brazil, democratically elected presidents fueled hostility and hatred.

Whether in Iraq, Lebanon, Chile, Bolivia or Ecuador – the populist mistrust of the news media resulted in violence against reporters in many places in 2019. Even in countries like Spain, Italy, and Greece, nationalist and right-wing extremist groups did not shy away from direct threats.

The situation is exacerbated by dwindling sales and advertising revenues and rising production costs. The result is ever smaller editorial offices and an increasing media concentration. If you want to ensure free access to independent information, especially in difficult times, you have to make sure that journalists can research and report freely.

According to the ROG, the ranking is based on surveys and the number of registered attacks on journalists. Norway, Finland, and Denmark rank at the top of the 180 countries.