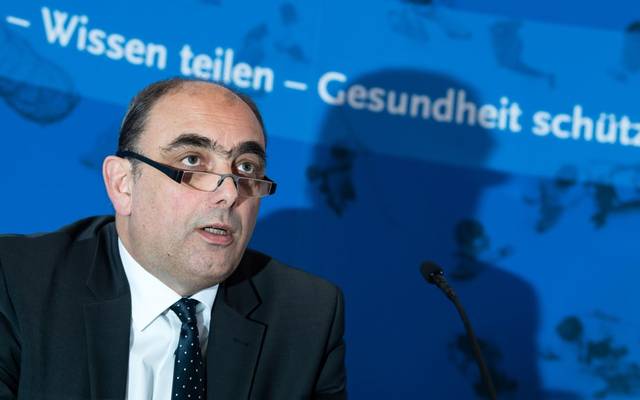 Berlin – Lars Schaade, the Vice President of the Robert Koch Institute, is very skeptical about the planned coronavirus tests in the Bundesliga.

“I don’t see why certain sections of the population, whether they’re athletes – you can think of anything else that might have a certain social interest – why they should be screened routinely,” said Schaade at the RKI press conference in Berlin.

He advocated using the coronavirus tests for “medical indications”. So when a reason for the use of a therapeutic or diagnostic measure is appropriate for a certain clinical picture. In this case, a professional soccer player could be tested. «If he has a medical indication, gladly. If he’s part of an outbreak, too, ”he said. In general, the RKI Vice President said about the test problem in the Bundesliga: “This is a difficult question.”

After almost two months off Corona, the Bundesliga could continue its season from May 9. Prime Minister Markus Söder (Bavaria) and Armin Laschet (North Rhine-Westphalia) brought this date into a discussion on Monday. Federal Minister of Health Jens Spahn also speaks of a “piece of normalcy, albeit in an empty stadium”.

There is talk that the Bundesliga players are regularly tested for the coronavirus. The DFL apparently is considering testing players, coaches, and members of the functional teams with a quick test on Corona every three days to guarantee the safety of possible ghost games.

By the end of the season, around 20,000 tests would probably be due. According to the Robert Koch Institute, laboratories in Germany can currently perform around 730,000 of these tests per week. However, the grand coalition has planned a significant increase in the near future.