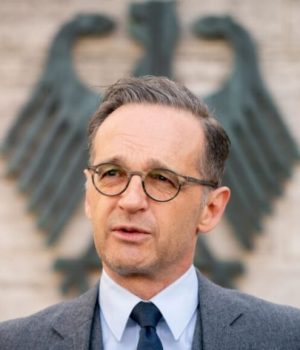 Foreign Minister Heiko Maas (SPD) assumes that the normal summer vacation will be canceled this year due to the Corona crisis. “There won’t be a normal vacation season this summer,” he said in Berlin. “That would not be responsible.”

In general, the main focus in all countries is currently on the containment of the coronavirus, said Maas. Even in the European Schengen area, which normally no longer has internal border controls, there are still many entry and curfews as well as quarantine measures “that do not take a vacation-worthy of the name vacation possible”. The minister said that there was an ongoing review of whether travel restrictions could be lifted step by step: “And I cannot see any signs of this at the moment.” European and international coordination is important on the subject.

Masks are mandatory in all federal states

In Germany nationwide, one in the coming days’ Mask requirement enters into force to contain the coronavirus. Bremen was the last federal state to announce a corresponding decision on Wednesday. The regulation should be adopted on Friday and apply from Monday to local public transport and shopping in shops, as a spokesman for the state government said.

Prime Minister of North Rhine-Westphalia Armin Laschet (CDU) had previously rejected an obligation to wear mouth-nose protection and opted for voluntary action. Prime Minister of Lower Saxony Stephan Weil had criticized the advance of some countries in the mask requirement. “Yes, it’s annoying to me, I’m honest. And that’s because we only sat together five days ago,” said Weil on Tuesday evening at “Markus Lanz”. There is “no significant new evidence in this regard, except, of course, that there is some public pressure.” Thuringia’s Prime Minister argued similarly to Bodo Ramelow (left) on the ARD-Extra program: “What surprises me is that the colleagues who spoke against it on Wednesday were the first to start introducing it.”

Chancellor Angela Merkel and the Prime Ministers only agreed last week to strongly recommend wearing so-called everyday masks on buses and trains as well as in retail.

The leaders of Union and SPD have one Increase in short-time work benefits suitable. In view of the Corona crisis, it should be increased from 60 to up to 80 percent for childless employees, depending on the duration of the benefit, and from 67 to up to 87 percent for employees with children.

The new regulation, which the party and parliamentary leaders of the CDU, CSU, and SPD have agreed on, provides in detail that the previous short-time allowance rates apply in the first three months. From the 4th month, 70 or 77 percent of the loss of wages would be paid, from the 7th month 80 or 87 percent.

The coalition also agreed to generally reduce the value-added tax on food in restaurants to seven percent. So far, a rate of 19 percent is due for food consumed in restaurants, cafés or pubs, only if the food is taken with you, seven percent applies. Aid was also decided for needy pupils who do not have sufficient equipment for digital instruction at home.

RKI: The end of the epidemic is not in sight

According to the Robert Koch Institute, the Treatment capacities for coronavirus patients in Germany still sufficiently available. “As things stand at the moment, no shortages are foreseeable in the next few days,” said Vice President of the Institute, Lars Schaade. However, this can change at any time and is regionally different. Increasing outbreaks in retirement and nursing homes can be noted.

“We have achieved a lot in the past few weeks, but the situation is still serious,” said Schaade at a press briefing in Berlin. An End of the epidemic is “not in sight”. It is therefore important to comply with the requirements – despite the first easing. The agreements between the federal and state governments are “a reasonable compromise”. From a purely epidemiological point of view, the strict requirements should actually be preserved, said Schaade. But there are also social aspects that have to be taken into account. It is important that the development of the number of cases remains “in a safe area”.

Until a vaccine is found, new infections have to be avoided. Even if no new cases were reported in Germany, the virus could still be imported from abroad. An end to the contact block is theoretically possible if the new infections stop. But there must always be a willingness to start it up again.