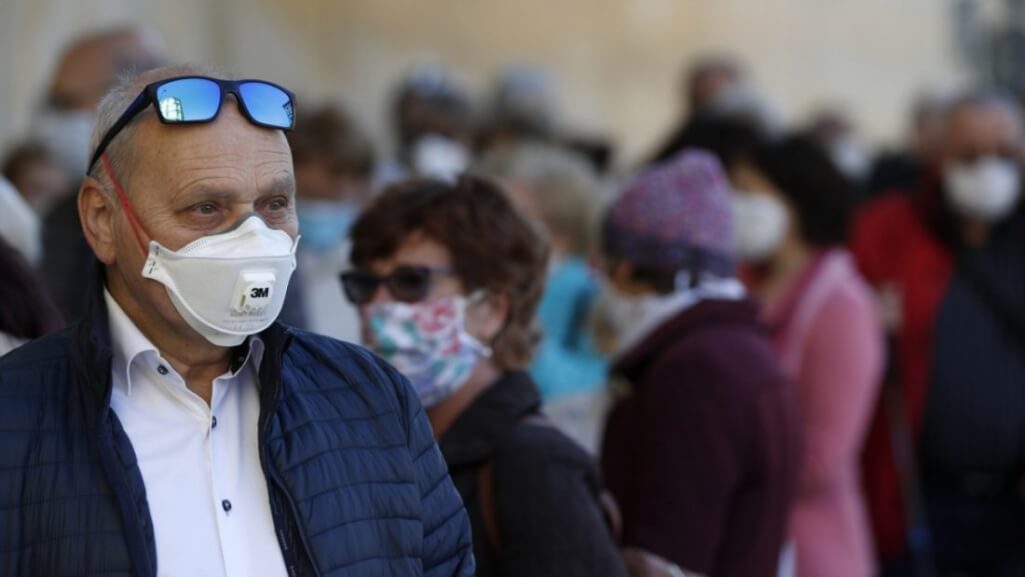 The Czech government has been around for weeks Exit restrictions surprisingly lifted. This will apply from Friday, said Health Minister Adam Vojtech late Thursday evening in Prague. Since March 16, citizens have only been allowed to go to work, to go shopping, to the doctor or to go for walks in green areas. The minority cabinet thus reacted to the current decision of a court in Prague, which had declared the previous measures illegal for formal reasons. “We respect this verdict,” said Vojtech of the populist ANO party, head of government and multi-billionaire Andrej Babis. Meetings with more than ten participants were prohibited.

The lifting of the exit ban for Czech citizens is also lifted. Upon return, they must submit a negative test for the coronavirus or in a 14-day quarantine. According to the Ministry of the Interior, the extensive freeze on entry remains – with new exceptions for business people from EU countries. The cabinet also decided to make it easier for Czech commuters who work in Germany or Austria. You can now cross the border every day if you can submit a new, current test for the coronavirus every 14 days.

The Indonesian government has now banned trips to the festival of fasting. The Islamic month of fasting Ramadan ends on May 23 with the festival Eid al-Fitr. Last year, around 15 million Muslims from the Jakarta capital region drove home. Such a wave of travel should now be prevented because of the risk of infection.

For this reason, Indonesia now bans all domestic air traffic. The ban applies from April 24 to June 1 and includes both scheduled flights and private jets. President Joko Widodo is turning around. At first, he had given permission for the festivities, but with the condition that the believers would then have to isolate themselves at home. Afterwards, he said that mass transport would be completely prohibited. Islamic scholars had previously said that such trips during a pandemic were “haram””, that is, prohibited. With more than 260 million inhabitants, the island nation is the most populous Muslim country in the world. So far, there are 7135 infections in Indonesia with the pathogen Sars-CoV-2, which can trigger the lung disease Covid-19. 616 people died.

US President Donald Trump has signed an order that will make immigration to the United States much more difficult in the wake of the Corona crisis. The order will “ensure that unemployed Americans will be first in line when our economy reopens,” Trump said at a White House press conference. Many US citizens have lost their jobs as a result of the pandemic.

The suspension essentially applies to migrants who apply for a permanent green card residence permit. A green card is a document of identification from the USA, which usually includes a permanent residence and work-permit for ten years. There are different ways to get them, for example through a job or by drawing lots. Around a million people received a green card last year. The green card is suspended for 60 days, but there are a few exceptions. This includes immigrants who are already in the country, those with valid immigrant visas, doctors and nurses, as well as the spouses and unmarried children of US citizens. Temporary residence permits are not affected by the changes.

Two domestic cats are infected in the state of New York

For the first time, the authorities in the United States have one Covid-19 disease in pets proven. According to the US Centers for Disease Control and Prevention (CDC) are in the state of New York two domestic cats tested positive for the virus been. The animals had slight breathing problems and would probably recover, the agency said.

It is believed that they have become infected in people in their households or in the neighbourhood. Experts suspect that some animal species are infected with the coronavirus in humans, but cannot transmit it back to humans. There is no evidence that pets played a role in the spread of the virus in the United States the health authority said. Experts recommend that pet owners suffering from Covid-19 avoid contact with pets as much as possible and wear a mouthguard when feeding them.

Development Minister Gerd Muller demands another three billion euros from the federal budget to combat corona in the third world. The immediate program planned so far from the development budget for more than one billion euros “alone will not be enough to counter the global crisis,” says the CSU politician to the newspapers of the “Funke Mediengruppe”. There is “a further immediate need of three billion euros for emergency aid for basic services”, especially in refugee regions. He had registered these funds for the supplementary budget for 2020.

The pandemic is developing into global health, food and economic crisis in the immediate vicinity of the European Union warns Muller. “We have to prevent hospitals and then entire states from collapsing. The consequences would be dramatic: hunger, unrest and ultimately uncontrollable refugee movements.” The aid concept from the development ministry, which is available to the newspapers, provides for investments of 800 million euros each in health care and food security in, particularly poor countries. The provision of protective clothing and mobile handwashing systems is just as much a part of this as investments in water supply and the distribution of food.

The new Brazilian Minister of Health Nelson Teich has announced a relaxation of restrictions on public life in the Corona crisis. The government would present a corresponding policy for cities and states within a week. “It is impossible for a country to survive a year, a year and a half if it stands still,” said Teich. “Social distancing is a natural measure and logical at the beginning, but it cannot be used without an exit plan.” Even if the number of people infected with the corona in Brazil are 100 times higher than announced by the Ministry of Health, that would only be two percent of the population.

On the critical situation in the city of Manaus pond did not die in the Amazon region. The health system there has already collapsed and a refrigerated container for storing corpses has been set up in front of a large hospital.

President Jair Bolsonaro had appointed the oncologist last Thursday to succeed Luiz Henrique Mandetta. The latter had been dismissed in the dispute over the correct handling of the coronavirus.

In more than 30 Turkish cities and provinces, including in Istanbul and Ankara, is open in the night from Wednesday to Thursday extensive exit ban came into force. The government had curfewed twice over the weekend because of the corona pandemic. The current ban covers four days: from Thursday, which is a national holiday in Turkey, to the Friday bridging day on which Ramadan begins in the evening and until Sunday evening.

Most people who are younger than 20 or older than 65 and chronically ill have previously been banned from going out. Some shopping opportunities should remain open on Thursday and Friday at least half a day. In addition, clinics, pharmacies, bakeries and other service providers classified as important may work on weekends. Fasting in Ramadan will also be prohibited in large groups, as the Home Office ordered on Wednesday. In addition, the drummers who move around the houses at night to wake up the faithful before sunrise are not allowed to collect donations at front doors.

Health Minister Fahrettin Koca said Wednesday night that the virus is “under control”.

Almost 3,100 new infections were registered – not as little as since the beginning of April, the day before there were more than 4,600. In total, almost 99,000 corona infections were reported in Turkey by Wednesday evening, according to Johns Hopkins University figures, and there were nearly 2,400 deaths.

In the fight against the coronavirus, the South African government is calling on tens of thousands of soldiers. A letter to Parliament confirmed by the Ministry of Defense indicates that 75,000 soldiers should be active by the end of June. President Cyril Ramaphosa justifies this by maintaining order and border controls. At the same time, he announced in a TV speech to the nation a billion-dollar aid package in the amount of the equivalent of 25 billion euros – about ten percent of the gross domestic product. In South Africa, more than 3,400 cases of Covid-19 have been confirmed and at least 58 people have died.

A parliamentary committee in Israel stops the further Use of cell phone data to monitor quarantine requirements.

“The big damage to privacy outweighs the benefits,” Ayelet Shaked of the Foreign and Defense Committee wrote on Twitter. The government initially implemented the measures for a month. The consent of Parliament should be necessary for an extension.