Home Economy Germany : Who pays for the reconstruction after the coronavirus crisis? 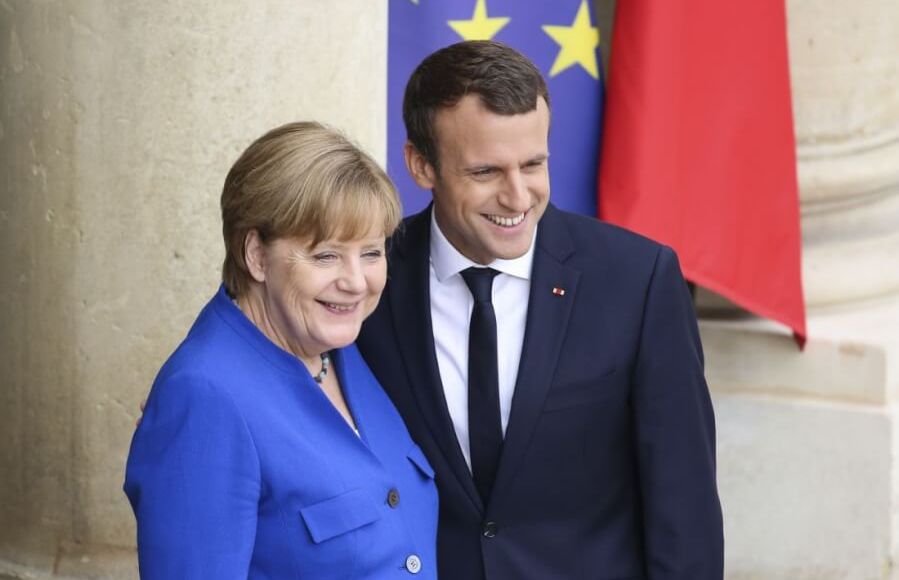 Merkel, Macron and Co. are trying on Thursday to agree on an economic stimulus package for the European economy, which has been hit by the coronavirus pandemic. In addition, the EU heads of state and government want to coordinate the easing of the lockdown measures.

On Thursday afternoon, for the fourth time in the past seven weeks, a summit will start by video conference of the heads of state and government of the 27 EU countries. The meeting focuses on addressing the economic consequences of the coronavirus pandemic in Europe.

In addition, EU leaders are looking for a common way out of the far-reaching restrictions on public life.

Are the Eurobonds coming?

The essence of the question is how Italy, which is severely affected by the virus, can make money without being overwhelmed by an unbearably high mountain of debt. According to the European statistical authority, Eurostat Italian debt accounted for around 134.8 percent of gross domestic product (GDP) at the end of 2019. In addition, the general aim is to prevent the gap between poor and rich countries in the EU from widening. Italy and eight other countries would, therefore, like to set up a reconstruction fund that is financed with joint debts. In its pure form, Eurobonds are so-called joint and several liabilities.

Germany – and every other country in the eurozone – would not only be liable together with the others but also alone for all Eurobonds. This reduced the burden on Italy.

Berlin and The Hague don’t think that’s a good idea. A joint and several liabilities can hardly be reconciled with the applicable EU treaties and, according to the German constitutional court, also not with the German constitution. If the debt is commoditized, the German parliament loses part of its budgetary competence. Political control and liability diverge. That makes Eurobonds a less likely solution.

If not Eurobonds, then what?

Debt or non-repayable grants? Eternal bonds that are not guaranteed by everyone in solidarity, but, for example, by the EU budget? There were numerous proposals in the run-up to the summit. Spain proposes grants and has apparently been able to dissuade Rome from the hopeless fight for Eurobonds. France considered joint debts with an alliance of the willing.

Germany and the Netherlands call for an adjustment to the EU’s regular seven-year budget (MFF). One from the news agency Bloomberg The alleged proposal of the EU Commission circulated on Wednesday evening includes a 300 billion construction fund and a further € 320 billion from the capital market, which should trigger investment of € 2 billion in an unspecified manner. According to a high EU diplomat, a combination of MFF and development funds is the most likely solution.

How much money is it?

It should be at least € 1000 billion. Commission President Ursula von der Leyen spoke of a “Marshall Plan” with a volume of this amount, and President of the Council Charles Michel of a “European Reconstruction Fund”. The amount is unclear, but the various proposals currently fluctuate between the € 1000 billion and € 2000 billion mentioned. The program is expected to add to the 540 billion euros that the finance ministers had already decided to help before Easter.

When is the decision made?

Michel, who leads the video conference, is not aiming for jointly adopted conclusions at this summit. He will “only” report on his behalf. That should ease the conversation. He also pointed in one letter that the heads of state and government will at most set guard rails. After the conference, the Commission should prepare a detailed proposal that will then go back to the Heads of State and Government, perhaps as early as June. The € 540 billion aid package should be available at the beginning of June, if possible, and the economic stimulus package in early 2021.

Does a common path lead out of the lockdown?

At the video summit, the program also includes a debate on a strategy for reducing national corona emergency measures. According to von der Leyen and Michel, the countries should not rush forward on their own this time. “Good neighbours talk to each other,” said von der Leyen when presenting a joint exit timetable last week. The heads of state and government issued the order for this in March. In summary, the roadmap provides for the countries to withdraw their corona restrictions in small steps and in close consultation with the EU partners.

The prerequisite for this, however, must be that the number of infections has declined significantly and the spread of the virus can be monitored. In addition, the respective health systems should be able to provide not only the corona patients but also other sick people with adequate care.

How von Leyen wants the governments to stick to the exit recommendations – which are basically not controversial – remains their secret. In any case, the temptation to distinguish oneself with a rush through the home audience has been great in the past.