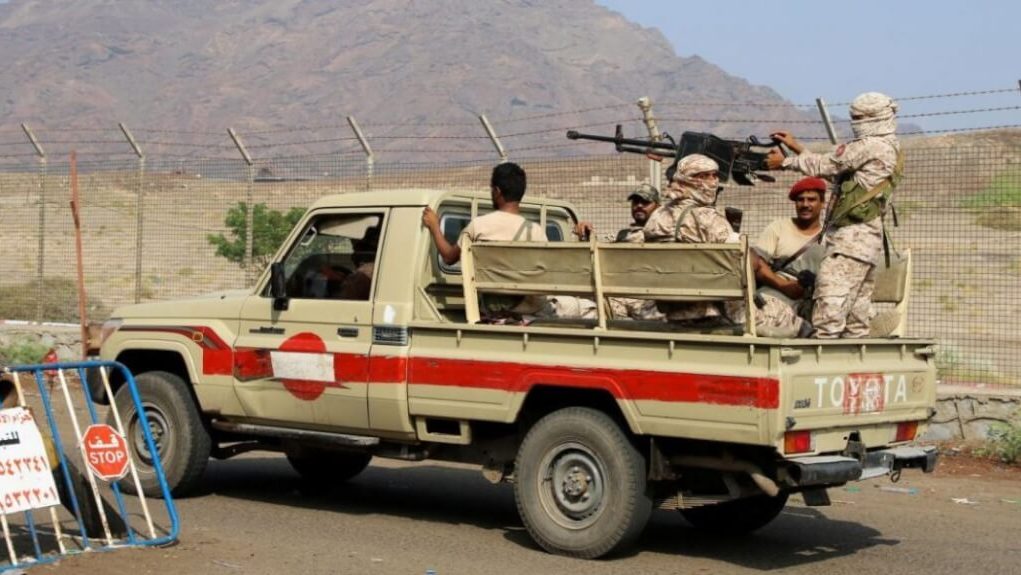 The separatists in the south of Yemen, supported by the Emirates, have declared their autonomy. A peace agreement brokered by Saudi Arabia in December has therefore failed. Another war threatens.

When Saudi Arabia and the United Arab Emirates (UAE) intervened in Yemen five years ago, they actually wanted to defeat the Houthi militia supported by Iran. Instead, however, their various representatives in the south of the country are fighting each other. On Sunday, the South Transitional Council (STC), which was supported by Abu Dhabi, announced that it would continue to rule its controlled areas in the south. This also includes the important port city of Aden, where the government that Riyadh has sponsored and internationally recognized actually has its temporary headquarters.

In plain language, this means that the government of President Abdrabbuh Mansur Hadi has also lost control of Yemen’s provisional capitals in the south after the Houthi rebels had already driven them out of the official capital Sanaa in early 2015. In the south, like last August, there is now a war between the allies of the Saudi and the Emirates. At that time, the STC separatists chased the Hadi government troops out of Aden. The war in Yemen was in danger of finally getting out of control.

Saudi Arabia then brokered a peace agreement between Hadi and the separatists. The riad agreement included the integration of the STC associations into the government army. But it soon became apparent that the agreement would remain dead paper. The current events are therefore not surprising, says the Yemen expert Maysaa Shuja al-Din from the Sanaa Center think tank: “The agreement did not address the real problems. Neither on the demand for independence of the south nor did it promise a possible autonomy. “

Elisabeth Kendall from Oxford University agrees with this analysis: “We always knew that in the end, the STC was striving for self-government and then perhaps also for an independent state. It was just a matter of timing. ” The separatists obviously seemed to be in favour of the current time. “For Hadi, it’s a moment of weakness,” says Kendall. The Houthi militia supported by Iran has made substantial gains in the past few weeks and could advance further in the oil-rich province of Marib.

Saudi Arabia is itself concerned with the Corona crisis and has declared a one-sided but ultimately unsuccessful ceasefire in Yemen. At the same time, Aden and other parts of the south hit by violent floods a few days ago, reports Al-Monitor. The consequences of the natural disaster overwhelm the Yemeni government as well as the impending spread of the coronavirus.

Still, the STC’s ultimate goal of returning to independent South Yemen as it was before 1990 is still a long way off. Despite the support and funding from the Emirates, the Southern Transitional Council only controls Aden and surrounding areas in the southwest of the country. The rest are ruled by tribes who are far from dreaming of an independent South Yemen or who are pursuing their own separatist agenda. “If the STC tries to impose its will on these groups, new military fronts could open up in the south,” says Kendall.

There is at least a ditch in Yemen between Saudi Arabia and the UAE, the two supposed allies. Anwar Gargash, the Foreign Minister of the Emirates, condemned the separatists’ unilateral approach on Monday as reported by Reuters news agency. However, it is difficult to imagine that the STC acted without the green light from Abu Dhabi. The Emirates have withdrawn many of their troops from Yemen, but they want to continue to exert influence through their deputies.

Her primary enemy is no longer the Houthi. Their primary concern is to control ports and sea routes along the coast and to contain the influential Islah party. Abu Dhabi sees them as an offshoot of the Islamist Muslim Brotherhood. However, Islah is an important power base for the Hadi government, which is supported by Saudi Arabia. This has the potential for conflict.

“The Emirates and the STC are upset about the mobilization of Islamist militias that are making their lives difficult. They accuse the Hadi government of being responsible, “explains Kendall. That is why the Emirates have now sent a warning signal: “They do not want the government supported by Saudi Arabia to curtail their ambitions in Yemen.”

For Saudi Arabia, the failure of the riad agreement is another major setback in Yemen. A victory against the Houthi is hardly conceivable. In addition, the development of Saudi Arabia is plunging into explanations: Riyadh has always justified its military intervention with the aim of reinstating the government displaced by the Houthi. But President Hadi, who was the only candidate in his 2012 election, has not even managed to keep control of the south. How is he supposed to rule the whole country?

There can hardly be any talk of a legitimate government to defend in Yemen. The coup of the separatists in Aden is symbolically painful for Riyadh, says Maysaa Shuja al-Din. Fighting the Houthi was not the only Saudi war target in Yemen. “The east is particularly interesting for Riyadh.” There in the province of Mahra, on the border with Oman, is said to be used for oil exports a pipeline from Saudi Arabia to the Arabian Sea will be built reported by Al-Jazeera. The goal is to bypass the Strait of Hormuz, which Iran is constantly threatening to block for shipping, says the expert.

The example of the province of Mahra, whose internal power struggles Oman is now interfering, shows how complex the conflict in Yemen has become. It is all the more difficult to find a way out.