It roughly translates into “Is it possible for this to take place as well?”

The surprise he expresses is about the impossibility of the very possible molestation or rape of men and boys.

A recent video of Neha Dhupia’s speech in Roadies surfaced where she reprimanded a male contestant for slapping a girl, for allegedly cheating on him with five other boys. She also defended the girl saying as far as cheating goes, “it’s her choice”. It is indeed an individual’s choice of relationships and the number of marriages that one will partake in but, in parallel, must be the plain admission that it was cheating. Violence and cheating are gender-neutral and is wrong. But being outside the purview of the legal system, no action can be taken against prenuptial promises. Later she defended herself saying it was all a part of a script. It is precisely these vile and derogatory scripts (if it is, maybe it isn’t) that encourages the occurrence of these acts.

Section 375 of the Indian Penal Code offers men no remedy to being raped. Let alone remedy, it does not even recognise the fact that men can be raped too. The archaic notion, that dominating over men is nearly inconceivable, is preposterous and ridiculous.

While almost 33 thousand female rapes were reported in 2017 and the conviction rate was 32 percent (admittedly not good enough), it is strange to yet again know that rape cases against men are NOT reported AT ALL.

Section 377, which was decriminalised, is vague in its definition and when in 2012, the Indian government wanted to replace the word “rape” with “sexual assault”, it received a lot of backlashes and eventually had to state that only women can be victims of rape. A 2008 study of men interviewed on the United States National Crime Victimization Survey found that nearly half of the men (46% of those who were studied) who reported some form of sexual victimization, were victimized by women. Not to mention that even male perpetrators exist who want to feed on their sexual hunger making fellow males subject to it.

This can be labelled as an evil of the patriarchal society itself that men fear to come out in public and state their stories lest they should be tagged effeminate, coupled with shame and guilt and ridicule.

I had a conversation with Satyabrat Sinha, Professor of Political Science at Presidency College, Kolkata.

When I asked him why male rights activism is associated with joblessness, he told me that

our lives were organised by the values of patriarchy and anything opposed to it was weak. Being masculine was a privilege with qualities associated with it being socially desirable. Seeing it from this perspective, it would be easy to understand why it is not taken seriously. But on an everyday level, male rights are violated often. One, it is patriarchy playing and second, when male rights are violated, we link it with caste, religion and ethnicity.

My next question was, “How can we make sec 375 of IPC gender-neutral?”

He answered, “Women in our country need protection. Even if there are laws, the implementation is so bad that despite them women suffer. Because of our social circumstances, gender-neutral laws seem to be distant. But it is possible that the current law is made gender-neutral. Yet, in a society like ours, none would think of the ills men suffer”.

I asked him lastly, “So given the wrong predisposition of our society, don’t you think it becomes more imperative for the judiciary to transcend popular beliefs and make laws?”

He said, ” We are all prisoners of our beliefs. Parliament creates laws and judiciary administers them. Society makes laws for crimes that usually occur. I wouldn’t know but isn’t instances of women raping a man rare? All laws are often misused. This is not the only one.”

This ended our conversation.

He pointed out perfectly the mindset of the people of our society. But it is my personal belief, that laws should be made not on the frequency of crimes but by the intensity of it. If laws remain unaltered only because most victims are women or men, this majoritarian outlook will cost society much. This brings us down to Goldilocks’ dilemma, “How much is too much” before a fruitful action is taken into account.

If our country could pen down the largest documented constitution in the world, it could well filter out the British and old elements of our penal code and make it more relevant in today’s times just like century-old section 377 (penalty against homosexuals) was decriminalised.

It was only a couple of years back that Maneka Gandhi made prevention of children against sexual offences act (POCSO) gender-neutral.

But yet again, the punishment of rape against girls is much greater than that of boys. In essence, punishment levied on convicts raping minor boys is 10 years, while that of raping minor girls is 20 years. In the meanwhile, statistics by the ministry of women and children development( the truth of which is not our liability) depict that minor boys are more likely to be raped than minor girls. While every one is equal before the law as stated in article 14 of the Indian Constitution and discrimination is prohibited under article 15, the act then disapproves with the basic structure of the Indian Constitution ( Basic Structure Doctrine).

Awareness has been raised about the rape of children and that of women but much less attention is paid to raped boys. “THEY ENJOY IT” is a common conclusion. But do they? Can it be claimed with certainty? And if someone does not, is there any remedy? In John Stuart Mill’s harm theory, “harm” can be sexual, physical or emotional and thereby in other words, explicit. And in this case of other-regarding actions, the harm is indeed explicit with a consequence and no inaction can be tolerated.

Often articles of this nature along with men’s rights activists, in general, are ridiculed, trolled and subjected to sociological pressure but the purpose is not to stand opposed to feminists or women’s rights, but rather to ensure justice and safeguard of all. This is not a fight against women, which many fail to comprehend, but rather against the predators who feed on their sexual desires irrespective of sex and caste.

Transcending boundaries, activists of male, female, transgender rights or otherwise must unify to fight against the common social evil of rape. If much of the vital time is spent on inter-fights among activists for supremacy, the statistics of 90 rape cases reported per day in the year 2017 without taking molestation of males into consideration, might hike quicker than anticipated.

It is time our country recognises the need for laws based on righteousness and morality and not on the probability of occurrence. When males and females alike can be victims of rape, acid attacks and violence, it speaks volumes on itself and needs no further explanation. 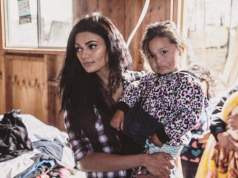