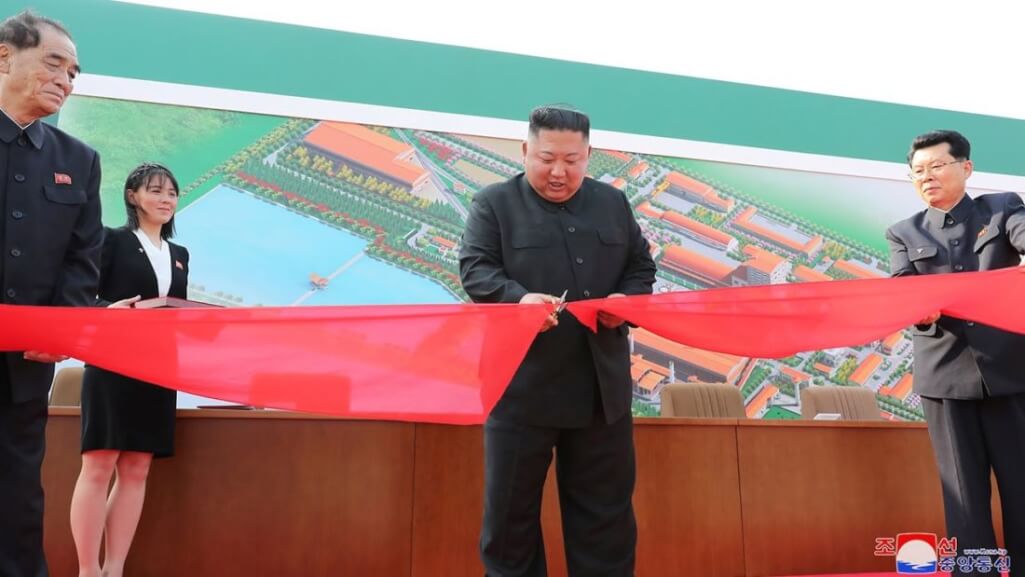 North Korean leader Kim Jong-un has appeared in public for the first time in 20 days to attend the completion of the construction of a fertilizer plant north of the capital, the North Korean Central Telegraphic Agency (KCNA) reported on Saturday. its initials in English).

The ceremony took place in Sunchon, in the province of South Pyongan. State radio detailed that the visit took place on May 1, International Workers’ Day, and Kim Jong-un was accompanied by his sister Kim Yo-jong and politicians such as Pak Pong-ju, Jo Yong-won, Pak Thae -song and Kim Dok-hun.

NEW: North Korea releases photos of Kim Jong Un after 20-day absence, which prompted rumors that he had died or was seriously ill pic.twitter.com/u6ynm5Ue7q

The North Korean leader reportedly cut the ribbon during the ceremony. North Korean media have shared first images from the scene.

“All the participants broke into thunderous cheers of ‘Hooray!’, Extending the greatest glory to the supreme leader, who has brought a new change to the development of the fertilizer industry based on [the ideology of] Juche and has led to The revolutionary breakthrough for strengthening the self-sufficient economy was won thanks to his outstanding leadership, “reported KCNA.

This is Kim Jong-un’s first public act since he was last seen on April 11 during a Workers’ Party meeting.

The North Korean leader also did not attend the celebration of the 108th anniversary of the birth of his late grandfather and the country’s founder, Kim Il-sung, on April 15. Media reports ranged from Kim Jong-un’s supposed vegetative state after cardiac surgery earlier this month to his alleged death.

For his part, US President Donald Trump has refrained from commenting on North Korean media reports about the reappearance of his North Korean counterpart. “I would prefer not to comment on it yet,” he told reporters at the White House.

“We will have something to say about it at the right time,” he added.