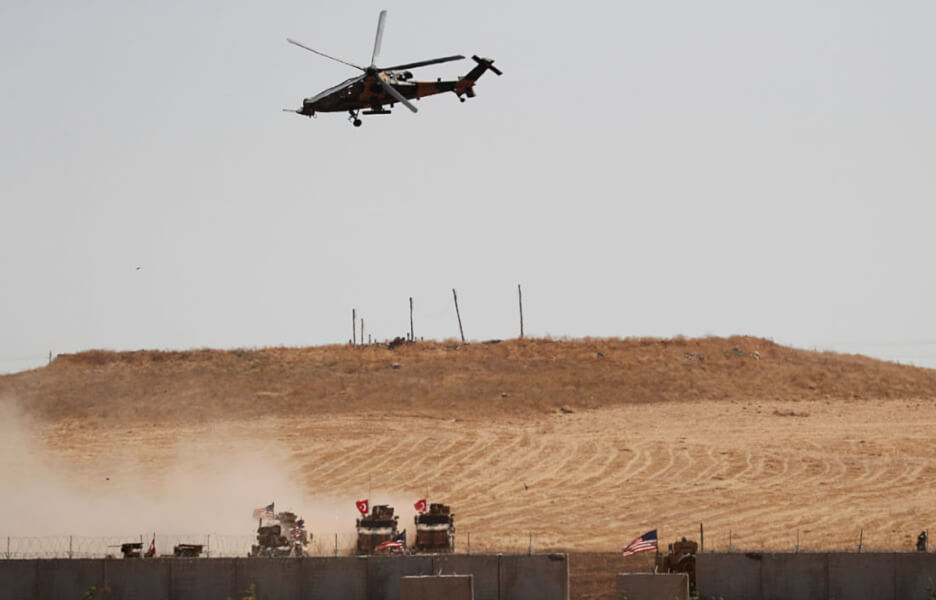 US helicopters, fighter jets, and planes flew over the city of al-Hasakah at the same time as the quasi-civilian forces, and American occupying forces closed the roads leading to the area.

According to Jam Jam Online from Fars, news sources in the northeastern Syrian city of Al-Hasakah reported extensive flights of helicopters, fighters and reconnaissance planes over the city.

According to Sputnik news agency, the fighters flew in the southern part of the city, where Al-Hasakah Central Prison and Al-Ahd Prison, where a large number of ISIS elements are being held, were flown. Prior to the occupation of the area by the United States and Kurdish forces, Al-Ahd Prison was aligned with that state training centre for “national skills.”

It is also located in the southern part of al-Hasakah, in the Ghuwaran area, and in a number of Syrian Democratic Forces (SDF) bases and a small US base.

At the same time, US and Kurdish militias have set up a security belt around the area.

Prior to the large-scale flight of helicopters and planes, Kurdish paramilitaries occupied government buildings and the Technical Center for Tourism and Hotel Management Training and the National Hotel Conservatory, evicting staff at the Ghaviran area.

Official Kurdish or Syrian Kurdish sources have not yet commented on the move.

Local sources told Syria’s Al-Watan newspaper yesterday that security forces affiliated with the Syrian Kurds (Asayesh) had closed all shops and public places under the pretext of preventing the outbreak of the coronavirus and announcing a travel ban in all areas under the control of Qasd forces. They built the city of Al-Hasakah.