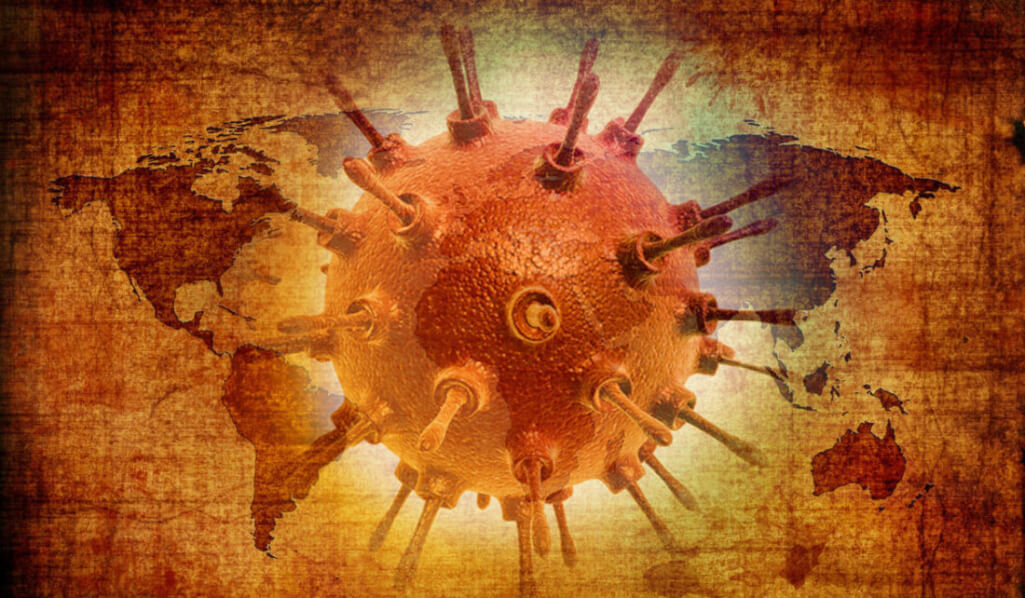 Novel Coronavirus Disease (COVID-19) outbreak as a pandemic was declared by the World Health Organization (WHO) on 11 March 2020. The organization repeated the call for countries to take immediate suitable actions and scale up the response to treat, detect, and reduce transmission to save people’s lives. Hence the Government of India took the step of lockdown all over the country.

From the past weeks following the lockdown that began on March 24, the predictable percentage of the unemployed in India has hit the highest point. Workers of many states are left with no jobs due to the deadly disease named Coronavirus. The urban workers from the same state or place or migrated workers in the urban areas have faced and will be facing the crisis of job. They may lose their old job and might get hardships while searching for the new one. The daily wage workers are the contractual or the nonwritten contractual workers who face trouble in the normal scenarios in India. When adopting the present situation it will not be tough to believe that rural or urban workers may come into disappointment with unrest. It is believed that staying at home is the best option as no medicines are invented yet for the disease.

Lockdown is a state of isolation basically for the security purpose where there is a restriction to access. In every social media, the message is spreading with hashtag social distancing, stay home, stay safe. But for the cause of the national lockdown the workers’ involvement rate i.e. the employed and those searching for jobs also notably decreased. Those who were working actively are fully jobless and also have no option to search another now. The massive changes are coming in the future in the livelihood of human beings. The animals are also getting infected with the deadly disease. Life has changed in and out and individuals or an institution alone cannot address the vulnerabilities challenges COVID-19 has thrown us.

Workers and businesses are facing disaster, as an effect on working hours and earnings, globally, in both developed and developing economies. It is analyzed and said by ILO Director that the countries and the people of the countries have to move fast, positively with determination and together. The right, urgent, measures, could bring as the vast required difference between survival and collapse of the society. Globally, two billion people work in the informal sector mostly in promising and developing economies. They are particularly at risk extensively described in the report, adding that the pandemic is already disturbing tens of millions of informal workers.

The International Labour Organization (ILO) in its report titled ‘ILO Monitor 2nd edition: COVID-19 and the world of work‘, rigorously elaborated coronavirus pandemic as “the worst global crisis since World War II”. In India, with almost 90 percent of citizens working in the informal economy technically which is falling outside of the modern industrial sector are at risk of going deeper into deficiency during the crisis and after the crisis is over. India has imposed a three-week lockdown till April 14 and it may continue depending on the situation. As per ILO, India is among the countries less equipped enough to handle the situation. Current lockdown measures in India, which are at the high point of emergency, have impacted the Indian workers significantly, forcing many of them to return to the rural area where their family is. The ILO estimates that between 8.8 and 35 million additional people will be affected in working poverty worldwide, compared to the original estimate for 2020, which projected a turndown of 14 million worldwide.

Some regions, in Africa, have higher levels of informality, which combined with a lack of social protection, high population density, and weak capacity, less developed technology which poses severe health and economic challenges for governments. Huge reductions are forecasted in the Arab states, 8.1 percent, almost equals to 5 million full-time workers, Europe, with 7.8 percent, or 12 million full-time workers and Asia and the Pacific with approximately 7.2 percent which is about 125 million full-time workers. The ILO and its constituents which are Governments, workers, and employers are playing a crucial role in fighting the outbreak, ensuring the safety of individuals and the sustainability of trade and commerce with the jobs.

A report titled “COVID-19 and world of work: Impacts and responses”, the International Labour Organization (ILO) took a call for urgent, large-scale and coordinated measures across three pillars- protecting workers or employees in the workplace, stimulating the financial system and employment, and supporting jobs and incomes. ILO also said the working poverty is expected to increase significantly too, as the strain on incomes resulting from the decline in economic activity will devastate workers close to or below the poverty line. It can be taken as one of the greatest tests for international cooperation in more than 75 years as noted by the ILO Director Guy Ryder.

It can be imagined the worst scenario will be developed in the different sectors from service industries to construction industries. The people who either work on short-term contracts or even without them are not regular salary holders. Tour guides, employees of parking contractors, cleaners working in shops, waiters in restaurants, suppliers of vegetables, meat, and flowers to the hotels among others, carpenters, plumbers. The virus outbreak has meant a loss of livelihood for these workers. If the guests stop visiting the hotels, restaurants than profit gaining are impossible. So according to Industry body, CII lockdown will bring loss of over 20 million jobs if the recovery in the industry stretches beyond October 2020. Which means the tourism and hospitality sector might go sick. Overall India’s manufacturing sector, textiles, and apparel employ nearly 20 million and in the present situation, the falling demand now puts many jobs at risk.

The manufacturing sector is stressed especially the leather footwear exporters from Agra. They are manufacturing since the 15th century. Today, the city has 250 modern technology-based mechanized factories and another 5,000 cottage industries that can churn out about a million pairs a day. It is a fact that lower growth from various industries because of falling demand and supply constraints would not only lessen job creation tougher but also hurt those who are currently employed. Overall, about 140 million non-agricultural jobs are at immediate risk, estimates based on the National Sample Survey (NSS), and Periodic Labour Force Surveys (PLFS) data suggested. They include casual labourers, those who work in non-registered nano businesses, registered small companies, and even the self-employed businessman and the young entrepreneurs, the taxi drivers. The overall redundancy rate in India, as measured by The Centre for Monitoring Indian Economy (CMIE*), shows a sharp rise in the two weeks following the lockdown measured on March 29, 2020, to April 5, 2020.

Notably, the overall labour input rate recorded a drastic decrease to 36.1% on April 5 from about 42% two weeks back. The MNC’s are doing their best in highlighting what is happening throughout the world on the ground as enterprises navigate shutdowns, employee safety measures, and work continuity in the form of digital continuity. According to Accenture CEO, the software tools and cloud and security are preceding well with 65% of new bookings were related to digital trade. To deal with COVID-19, clients are also trying to handle it. Like an automotive client is retooling its transformation strategy due to the pandemic. Due to COVID-19 the company’s third-quarter and full-year 2020 business outlook reflect its assumption of the uncertainty. Nifty IT Index jumped 18.5 percent during the quarter but managed to outperform Nifty by 1,100 basis points. According to Nifty, both TCS and Infosys outperformed with the decline of far less at 15.5% and 12.5% percent, respectively. Among tier 1 company TechM is expected to lag in terms of growth and report a 1.6% sequential de-growth. Also as a step towards helping those impacted, much fundraising technique has come up. Just like the PM Cares Fund Tech, Mahindra has also set up COVID-19 Relief Fund.

After many studies, the politicians, the economists, the eminent social workers, the researchers found that there a significant difference between World War II and the Covid-19 crisis. While WW II the people knew the war was going to last along. Thus there was very little pause amongst the crowd in committing significant economic resources to the effort. But the flare-up of the virus is dangerous and it is difficult to limit the crisis and normalize the situation. The businessman or the young entrepreneurs may start to think to prop up small restaurants. Through which they can bring back their full return within a few months.

The track of the recession depends on how accurate these fore castings are, but of course, these kinds of projections are never very precise. Economists are debating whether aggregate supply or demand is moving on which shape right now. If there is demand from the public also it should be understood the supply is impossible. The barrier here is the ‘Lockdown’ declared by the government of India. It is the scenario of many countries. It is so much different outlook that when there is demand but no supply. When the supply problem will be fixed aggregate demand can come back. Literally, the demand is suffering from two problems which are many people are losing their jobs, and a lot of demand is being deliberately suppressed telling people to stay at home as it is to stay safe in short social distance.

The repercussions are vital to the Novel Coronavirus. There will be a tremendous tragic flood of job losses for employees who don’t have a regular salary, contractual workers, or people without a written contract. A nightmare might arise due to the labour market crunch right now. Their chances of social unrest among the public. Expectations will increase with a rise in demands for consumption with no supply or more reservations in government. Education, skills, preventative healthcare, and infrastructure will be highly affected. The online applications will not be enough to provide sufficient learning facilities for the students. The schools and colleges started with online learning technology. But it will not be effective for long and worse part is, it will unimaginably influence the coming academic years. Our large and growing youth population will be further deprived of commerce; potentially for starting a new venture will be lost spurring social discord, crime, and instability.

To gain the livelihood of daily wage earners like the rickshaw puller, vegetable sellers, taxi drivers are coming out of their house to earn. But they are sometimes threatened and sometimes beaten by the policeman to control the social distancing. Both the parties here are helpless creating unrest in the corners of the country.

Now everything is unpredictable and the whole of mankind is praying for the speedy removal of the disease from society. Much of the lost consumption will not be recovered from different sectors. This will be a tremendous recession for face-to-face services, which cannot be changed to “wartime production.”