Home Government and Politics Palestine: The Executive Committee will implement the decisions of the National and... 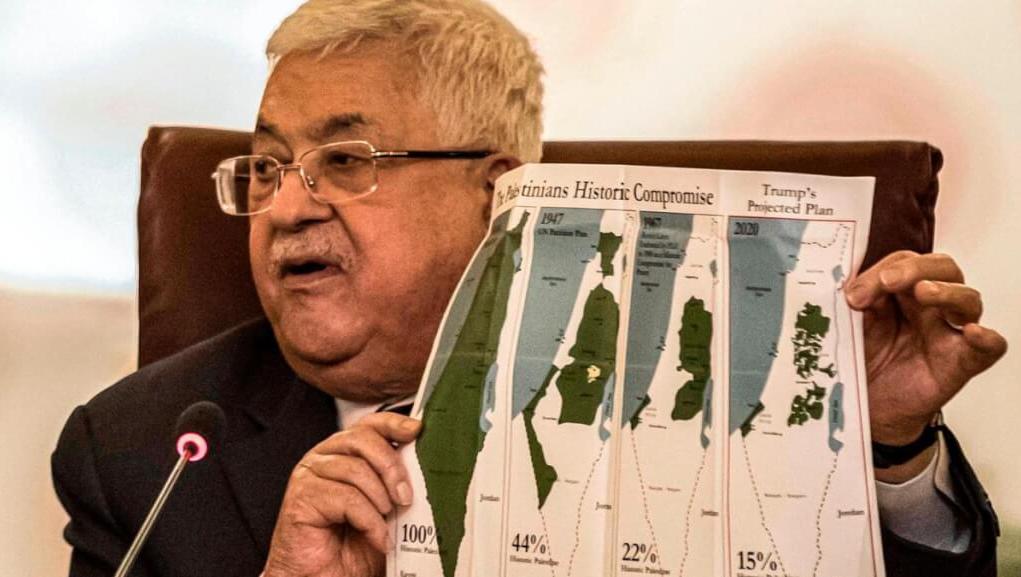 The Executive Committee of the Palestine Liberation Organization confirmed that if the Israeli government was informed about the annexation of Palestinian lands in the West Bank, it would implement immediately the decisions of the National and Central Council, by cancelling all agreements with Israel, whether security, economic or political.

This came during a meeting held by the Executive Committee chaired by President Mahmoud Abbas and in the presence of Prime Minister Muhammad Shtayyeh, at the presidential headquarters in Ramallah, on Thursday evening.

The committee said: “The nature of the Palestinian relationship with Israel is a relationship that is based on our people’s rejection of Israel and its continuous crimes against our people, and denying our rights supported by international legitimacy resolutions while emphasizing the determination of our people and their leadership to continue the national struggle and struggle against Israel for freedom and independence, which is what it affirms. The Executive Committee rejecting and condemning the positions of the parties formed by the Israeli government is documented with American support for the annexation of lands in the West Bank, especially the Jordan Valley and the northern Dead Sea, and the lands on which the illegal and illegal colonial settlements were erected. Its first legitimacy, which the committee renews its firm position on, “according to what came on the official Palestinian Agency website.

President Abbas stressed that his message to the international community was seriously and frankly, that in the event that the Israeli government announces the annexation of any part of the Palestinian territories, this will be considered a cancellation of the signed agreements and specific references between the two sides, and therefore all agreements and understandings between the PLO, the Israeli government and the American administration will be Null and void.

The Executive Committee thanked all countries and international institutions that continued to provide assistance to the Palestinian people, whether medical or financial assistance and called on donor countries to bridge the deficit in the budget of the United Nations Relief and Works Agency (UNRWA) so that it can continue to assume its responsibilities towards all Palestinian refugees At home and in the diaspora, I welcomed the invitation to hold a conference for donor countries with the aim of providing the required support to UNRWA next June.

The Executive Committee also valued the serious and steadfast stances of Arab countries in rejecting plans for annexation, settlement, and apartheid, as contained in the project presented by the Trump administration with the Israeli Prime Minister, expressed by the recent meeting of Arab foreign ministers, which considered any annexation of Palestinian lands as a war crime.

The Executive Committee commended the statement issued by the High Commissioner for Security and Foreign Policy of the European Union countries, Joseph Burrell, which announced the European Union’s absolute refusal to annex in any way, considering this as a flagrant violation of international law, and will have consequences for Israel’s international standing.

The Executive Committee welcomed the positions of Russia, China, Japan, the Secretary-General of the United Nations, and the statement of the Non-Aligned Countries, the African Union countries and the countries of Latin America and the Caribbean, which declared very clearly their rejection of annexation and apartheid.

The Executive Committee reaffirmed its call for President Mahmoud Abbas to convene an international conference for peace with full powers, on the basis of implementing international law and international legitimacy decisions, in a manner that guarantees the end of the Israeli occupation, the embodiment of the independence of the State of Palestine with its capital, East Jerusalem, on the borders of June 4, 1967, and the solution of all final status issues and At the top is the issue of refugees and prisoners, in accordance with the relevant international resolutions.

The Executive Committee discussed what the international scene is going through, especially the escalation of far-right populist rhetoric and the attempt to undermine international law and prejudice human rights, using the pandemic as a cover to pass its policies aimed at striking the international system that should be based on law and order, and not as is happening in the positions of the US administration and President Trump of attempts to undermine the system And the law.

The Executive Committee also condemned the continuation of the Israeli government of its policies and practices in intensifying colonial settlement in all parts of the state of Palestine, including our capital, occupied East Jerusalem, the demolition of houses, and the confiscation of land, in addition to attempts to annex parts of the Ibrahimi Mosque in the city of Khalil Rahman, and what they are doing from Shameful practices in occupied East Jerusalem, where our people were prevented from taking the necessary measures to follow to combat the Corona pandemic and distribute food parcels to needy families. Dozens of Palestinian leaders and our people in the city were summoned and arrested His holy.

The Executive Committee condemned Israel’s incursions into Palestinian cities and villages and the daily Palestinian camps and the arrests that take place on a daily basis, in conjunction with the demolition of homes and construction, especially in the lands classified under the item (c), the detention of the bodies of martyrs, and the continued imposition of an unjust and unjust siege on our people in the Gaza Strip, which suffers at all levels From this blockade and its continued imposition.

And others, which confirms the continuation of the policy of escalation and the continuous crimes against our people and in what embodies the continuous war crimes by the Israeli forces, which requires the speedy intervention of the international community and its institutions and the trial of Israel for these crimes, including the crime of colonial settlement before the international courts, especially the international criminal, to cut The way to continue that, and the importance of continuing efforts to provide international protection for our people in the face of this criminal escalation, and for international institutions to play their role to stop that and bind Israel to the United Nations resolutions, especially those related to colonial settlement. He thought, the latest of which was UN Security Council Resolution 2334 and hundreds of other Security Council and General Assembly resolutions.

The Executive Committee rejected the statements of the American ambassador, Friedman, and his announcement of the speed of the Israel government annexation in harmony with the hostile administration’s stances that are trying to pass the sinister “deal of the century” that is rejected unanimously by our people in the homeland and diaspora. In the context of the Zionist-American alliance aimed at stabilizing the facts with the land, Israel cannot relinquish Hebron and the colonial settlement, Beit El.

The Executive Committee affirmed that moving forward to end the division and restore the Palestinian national unity, bridge the rift, reject division and division and unite in the face of Israel’s plans, its continuous crimes and strengthen the steadfastness of our people on the ground, which requires empowering the government in its role and not putting obstacles in front of it in implementation of the recent agreement signed in Cairo in 2017, The importance of adhering to holding general elections, especially in Jerusalem, to arrange our situation, as it is not possible to accept, except for our people in Jerusalem, from participating in the elections.

In another context, the Executive Committee of the Palestine Liberation Organization valued the efforts of President Mahmoud Abbas and the continuous follow-up of the emergency situations imposed by the Corona pandemic, and the effort of the government, health personnel, security services, committees, and national factions.

The Executive Committee denounced what the Israel government has done with regard to Palestinian workers, as it deported them at the entrances of our cities, villages and camps, without providing any of the health requirements to protect them in the face of the Coronavirus. In addition, about 130 million dollars of the Palestinian people’s money was seized by decisions titled Judicial and Political Motives aimed at weakening the Palestinian National Authority’s ability to fulfil its responsibilities towards the sons of our great Palestinian people.

The Executive Committee offered a salutary glory to our valiant prisoners, confirming that it puts the issue of the release of prisoners at the top of its agenda, especially with regard to the enforcement of international law regarding how to deal with prisoners in pandemic time and according to Article (91) of the Fourth Geneva Convention of 1949, It stipulated that the prisoners, especially the sick, the elderly, children and women, should be released. Which was rejected by the occupying Power, Israel, in detail? It also rejected all Israeli attempts aimed at undermining the salaries of the families of the martyrs and prisoners, as well as terrorist threats to banks operating not to pay their dues in extortion and terrorism, stressing that these attempts will fail before the decisions of the leadership affirming the priority of exchange for the families of the martyrs, prisoners and wounded, with our assertion that the piracy of Israel and our blackmail comes to pressure And undermine the Palestinian economy besieged by Israel.

The Executive Committee also valued the efforts of our people in the Palestinian refugee camps in confronting the Corona pandemic, in cooperation with the Department of Refugee Affairs of the Palestine Liberation Organization and the United Nations Relief and Works Agency, including the formation of national emergency committees.

The Executive Committee paid tribute to the people of our people on the five continents who lost their lives as a result of the Corona pandemic and called on the Almighty to recover the wounded.