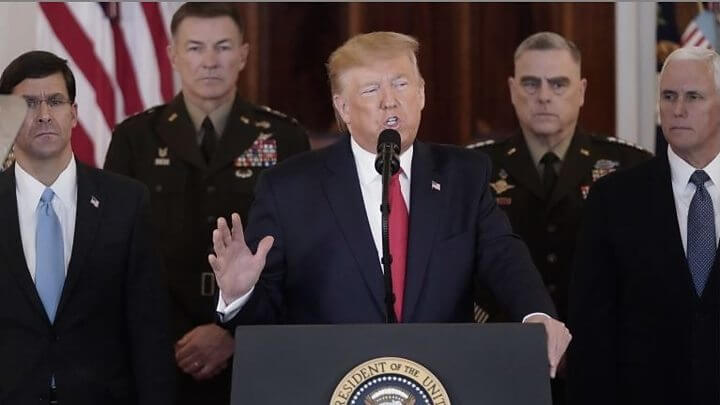 The American Wall Street Journal quoted military experts as saying that the military readiness of the United States for a possible confrontation in the Persian Gulf is more backward and weaker than what is being said in Donald Trump’s remarks against Iran.

Secretary of Defense James Mattis recently announced that Patriot’s four defence systems will be withdrawn from Jordan, Kuwait and Bahrain in the next month, according to the Wall Street Journal, in order to strengthen US military capabilities against Russia and China and avoid the Middle East. In recent months and weeks, however, the president has intensified his criticism and verbal attacks on Iran, imposing tough sanctions on Tehran.

But from a military and political point of view, the discrepancy between Trump’s remarks against Iran and the decline in US military readiness and capabilities in the Middle East suggests that the United States government is using the Iranian regime as a major threat to the world.he does not know. Russia and China are the biggest threats to the United States and its interests in the world, according to the 2018 United States National Security Strategy.

However, experts have warned that the “Iranian threat” should not be underestimated. In another part of its report, the Wall Street Journal writes that Trump does not appear to be seeking a military confrontation with Iran, but to force them to negotiate, as was the case with North Korea.