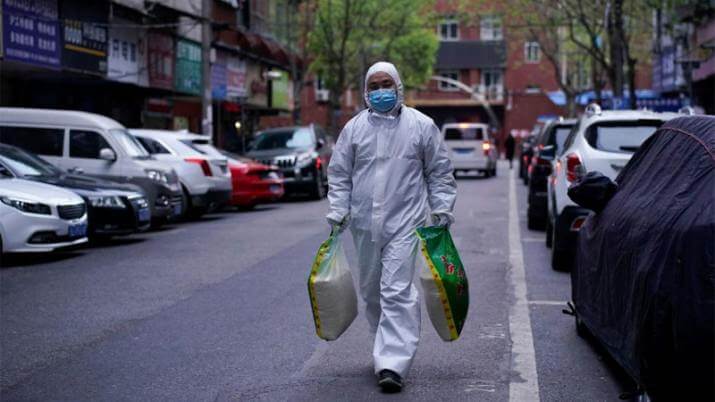 China raised the level of epidemiological risk in a neighborhood of Wuhan on Sunday, after discovering a case of coronavirus, the first in more than a month in the cradle of the pandemic that emerged in late 2019. A new case of covid-19 was Registered in this large metropolis in the center of the country, particularly hit by the virus and which remained for more than two months in strict confinement, the National Health Commission announced on Sunday. This is the first case reported since April 3.

The victim is an 89-year-old man residing in Dongxihu District, located in north-western Wuhan, according to local authorities. The level of epidemiological risk in this neighborhood has been raised from “weak” to “medium”, the sources add. Wuhan has been considered a “weak” risk zone since the quarantine was lifted on April 8 and activity gradually resumed.

The high school seniors returned to classes on Wednesday – all wearing masks and respecting strict sanitary measures – after four months of forced vacation due to the virus.

Apart from the case in Wuhan, China on Sunday registered 13 new cases of covid-19 in its territory. It is the first time since May 1 that the country announces a double-digit increase in the number of contaminations in one day. The vast majority of the new cases are located in the northeast of the country, where the city of Shulan has been quarantined.

On Saturday, China admitted that the coronavirus revealed “loopholes” in its health systems and the prevention of infectious diseases, at a time when US President Donald Trump criticized its management of the crisis.