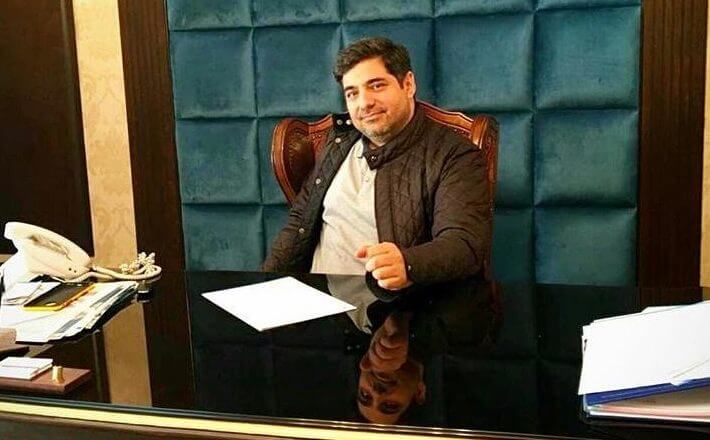 TEH (Exclusive): A Self-made businessman, an Iranian entrepreneur, and an economic activist from Ahvaz, who owns big corporates worldwide.

At the age of 27, he was the most controversial person in Iran.

Shahram was born on September 11, 1972, in Tehran, the capital city of Iran in an educated family. He liked to pose as an independent personality during his childhood too. When he was five years old, he was active in many childhood activities. He studied doctorate(Ph.D.) in dentistry at Kerman University of Medical Sciences.

A semi-collective rise in the Gulf stock exchanges, with the resumption of the rise of oil

Tunisia is moving forward in the direction of dictatorship

Tunisia..a round of talks with the International Monetary Fund regarding the reform program

His talent in business made him establish more than fifty large scale economic corporations starting from semi-macroeconomic activities in the field of packaging and export of dates, garlic, and dry fruits to Central Asia and Turkey.

Different businesses, including the production of Aluminum Industries, Power Plant Company, and the construction of a highway, created the most significant partnerships. He established many big companies in not only Iran but other parts of the world too.

Shahram invested in a couple of exhibitions to sell goods manufactured by his companies. During the exhibition, he managed to find partners in Africa to market his mechanical-equipments on the African continent. He owns the largest manufacturing company, and his net worth was revealed by the court during a trial where he was arrested in 2001. The court declared his net worth to be 1.5 billion dollars in the year of 2005.

Our sources revealed that Shahram Jazayeri owns a shell company in Dubai, UAE too.

Involvement in Scientific and Economic activities in Iran

The largest private software production company(DPFE), Shahab Mobin, and DPFE are owned by Shahram. The DPFE is a major player in the implementation of large knowledge-based projects. Shahram invested heavily in many private sector companies. His ownership includes Ilya Golden Village, the largest datacenter in Iran as well.

Ilya Golden Village is considered to be one of the most influential corporations in Iran. Ilya Golden left Siemens behind in the competition of remote management of power plant data.

Later, its students and faculty met some of their demands and built the largest private-sector network designed and implemented in Iran.

At the same time, he was appointed as a technical advisor to the Economic Commission by the Islamic Consultative Assembly where he was considered a top consultant.

In Parliament, which includes 260 deputies (290 in total), Shahram is the youngest, and among the country’s strongest economic and political figures.

Shahram Jazayeri got married in late 90s. He has three children: Iliya, Arshia, and Arnika, and a sister Shahrzad. His parents, father Mohammad Mansour, mother Shahin, live in Canada.

He is very dependent on his children as his online social activities indicate.

Shahram Jazayeri, who holds a degree in dentistry and an honorary doctorate in Quantum Economics as he himself claims.

But he always argues that those are only paper and that he never believes them. He is active on his Instagram and sharing new stories there.

and told more stories about his life and shows new ways for the young generation to earn like him and become a successful businessman.