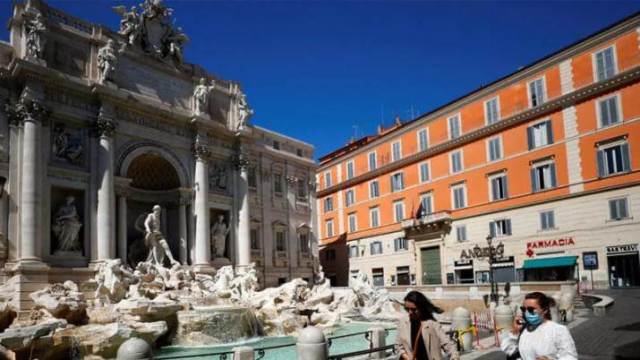 The Italian government approved this Saturday that on Monday, May 18, retail businesses, beaches, bars, and hairdressers will be reopened throughout the territory and that from June 3 movements are allowed between the 19 regions of the country and arrival, without quarantine compulsory, from tourists from the countries of the European Union (EU).

With the contagion curve in decline days ago, Prime Minister Giuseppe Conte drew up a schedule for the last steps of the easing of the quarantine in force since March 10, with homogeneous security measures for all regions, after reaching an agreement with his 19 heads of government late yesterday.

Conte announced that businesses and food venues like restaurants and food stalls from all over Italy will be able to resume their activity on Monday, with a minimum distance of one meter between customers, and not the two meters provided for in the recommendations of the Scientific Technical Committee.

For the gastronomic sector, the requirements also include the prohibition of entry to those who have more than 37.5 degrees of temperature, the elimination of buffet services and the obligation to wear a mask at all times when the client is not sitting at the table, such as going to the bathroom.

On the beaches of the entire country, in addition to requesting the presence of disinfectants, the government has mandated a minimum distance of one meter between people and a surface area of ​​10 square meters for each umbrella.

For all items, including museums or aesthetic centers, the need for a distance of one meter and to favor reservation mechanisms is also stressed.

Only in the case of gyms, the decree requires a minimum distance of two meters when people perform physical activity.

In addition, the government guaranteed that on June 3 the restrictions for movements within the country be lifted, in a nod to the battered tourism industry, which contributes about 15% of the national GDP.

At the beginning of next month, Italy will also allow the arrival of tourists from EU countries without the need for a mandatory quarantine that countries like Spain or France do impose.

Beyond the new provisions, the government stated that it will maintain a permanent evaluation of the contagion curve for each region and that, in the event of an increase in cases or the appearance of new outbreaks, it could enact more restrictive measures.

In the face of Monday’s reopens, only the regions of Tuscany and Piedmont will wait until the 25th, their governments announced.

So far, 31,610 people have died from coronavirus ​​in Italy, with 49% of the victims concentrated in the northern Lombardy region.