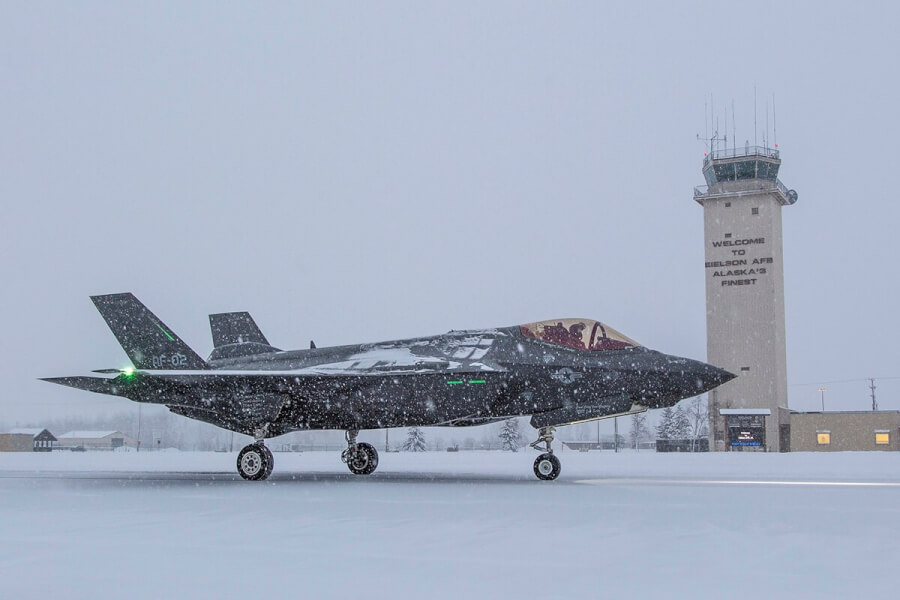 Washington decided to strengthen the Air Force in Alaska due to confrontation with Russia. This became known to The Washington Post.

Colonel Benjamin Bishop, who oversees the airbase, told The Washington Post that the Pentagon decided to transfer 54 F-35 fighter-bomber aircraft to the Eielson Air Force Base, located in Alaska. According to him, two of them have already arrived at the new duty station in April this year, the rest should be relocated within a year. New pilots are also being transferred to the base, which is why the number of pilots will almost double, from 1750 to 3200.

Changes have been made to the pilot training program. It was decided that the flight crew will pay special attention to preparing for battles against the fifth-generation Chinese fighter J-20 and Russian Su-57. Moreover, the military department intends to spend half a billion dollars on the modernization of the airbase. In particular, to build hangars with a climate control system on its territory and install modern simulators for training pilots.

It should be noted that the Eielson base did not receive sufficient funding for a long time since the Pentagon preferred to spend the available funds on the war in Afghanistan and the campaign in the Middle East. However, a change of priorities has led to the fact that the confrontation with Russia and China is now considered more important than the training of ground forces and participation in counter-terrorism operations.