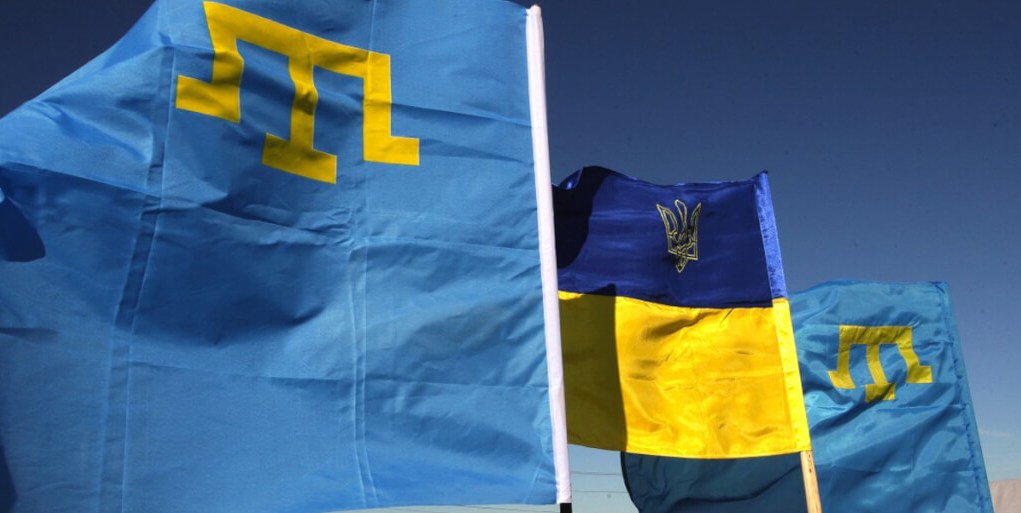 On the Day of Remembrance of the Victims of Political Repressions and the Remembrance Day of the victims of the genocide of the Crimean Tatar people, which fall on May 17 and 18, Crimean Tatar flags appeared on a number of buildings in Turkey.

So, the flag was hung by the Ukrainian Embassy in Turkey at the diplomatic mission building in Ankara, the capital of the country. The embassy reported this on its own page on Twitter.

“The memory of the criminal deportation by the Stalinist regime of the Crimean Tatars in 1944 still gives a terrible pain in our hearts, which we share with the Crimean Tatar people. A Crimean Tatar flag with a mourning ribbon has been posted these days in solidarity with our embassy,” embassies.

The Ambassador of Ukraine to Turkey Andriy Sibiga also noted that in this way they honored the memory of those killed in Istanbul and Antalya.

Ukrainian diplomats also paid tribute to the victims. The President of Ukraine visited Bykovnyansky Graves, where, together with the head of the President’s Office, Andriy Yermak, he took part in events on the Day of Remembrance of the Victims of Political Repressions. The Ministry of Foreign Affairs of Ukraine recalled that Russian aggression again returned political repression to Ukraine.

In March 2018, the Verkhovna Rada introduced amendments to the legislation on the rehabilitation of victims of repressions of the communist regime. The law restores the rights of persons who have been convicted out of court, as well as those convicted of acts that are not considered crimes in a civilized society. However, according to some human rights activists, a careful analysis of the definition of reprisals and new procedures for granting the status of rehabilitated forces us to demand a revision of this law.