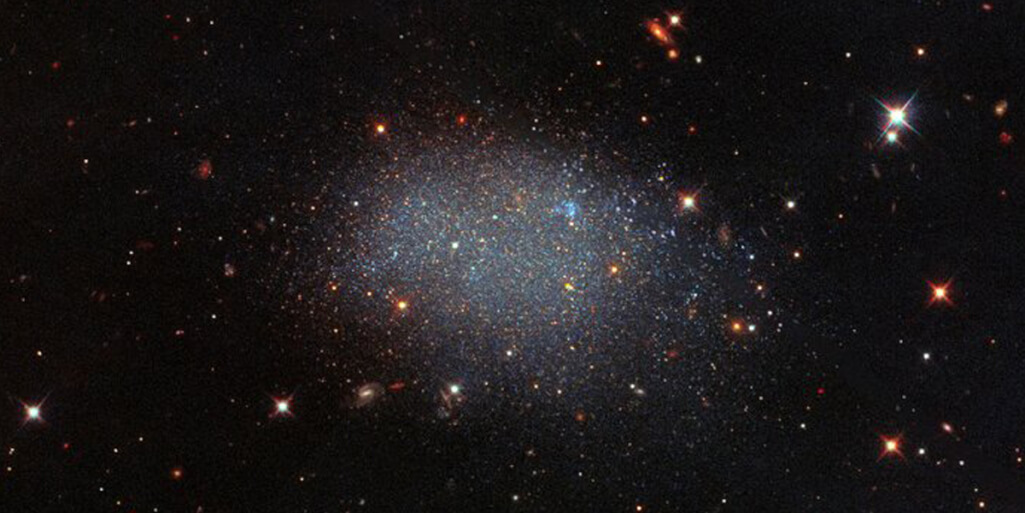 Astronomers using the Hubble telescope received a picture of the galaxy KK 246, also known as ESO 461-036. The object does not look like elliptical or spiral galaxies and at first glance, it may seem that this is a cloud of sparkles scattered over a black velvet background, according to the observatory website.

This impression is created because KK 246 is a dwarf irregular galaxy. It is located in Local Emptiness – a vast region of space, which is located near the Milky Way. KK 246 is the only galaxy in this region. There are 15 other galaxies, the existence of which scientists know by indirect signs.

Even though the image seems to be filled with galaxies they are parts of other galactic clusters or groups. In voids similar to this, there are structures similar to filaments, and there are very few or no galaxies at all.

The Hubble telescope was launched into orbit on April 24, 1990, by the crew of the reusable Discovery ship and has since transferred millions of unique images to Earth, greatly expanding scientists’ understanding of the structure and origin of the universe. Over a quarter of a century, the device made 1.2 million targeted observations of 38 thousand space objects, based on which about 13 thousand scientific works were prepared. According to experts, “this makes it one of the most effective scientific instruments in history.”

The largest deforestation in Bolsonaro’s administration in Brazil since 2008