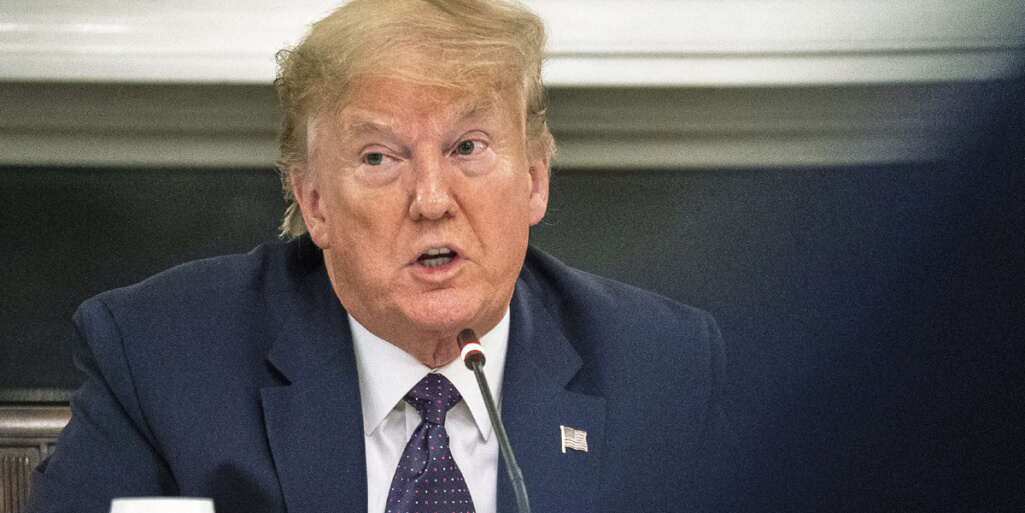 He has “zero symptoms” of COVID-19, he is tested daily and has always tested negative, but the President of the United States, Donald Trump, has been taking “hydroxychloroquine, a malaria drug whose efficacy against Coronavirus disease is unproven and the country’s own medical authorities have advised against treating the disease. He is also consuming a zinc supplement to prevent the spread, he said.

He said that he was waiting to see how they were going to open their eyes when he said it, Trump admitted at a press conference with journalists. “I’ve been taking it for a week and a half now, and I’m still here”. Then he said it was already two weeks. “I’ve heard a lot of good stories.” He further said “I’m not going to get hurt by it.”, assured the president, alleging that the drug has been in the market for about 40 years. Despite all the warnings, the virus recently sneaked into the White House and has led the President’s environment to take extreme precautions.

Although both in the US As it has been used in Europe to treat patients who do not respond to retroviral treatments against COVID, several studies by the country’s medical authorities have concluded that the risks of its use do not outweigh the supposed efficacy since they observed that its administration increased the patient mortality rate. The US Medicines Agency, the FDA, explicitly discourages it beyond clinical tests, as the Spanish Agency for Medicines and Health Products of Spain, linked to the Ministry of Health, also warned about that hydroxychloroquine and chloroquine can cause heart rhythm disturbances in certain patients, and he called for extreme caution. The risk increases when administered with azithromycin, both Spanish and American specialists agree.

These first conclusions were a jug of cold water for the president, who had been presenting the drug for weeks, which is used to treat malaria, rheumatoid arthritis or lupus, as an almost miraculous cure against COVID. The studies, however, continue, also on its potential preventive effects. For example, there is a study underway at the University of Minnesota with 1,500 people who are highly exposed to the virus as health workers or living with people who have contracted the disease, reports public radio NPR. Trump has assured that there are health professionals who take the drug as an argument in favor of taking it.

It was not the White House doctor, Sean P. Conley, who recommended it. But after the stir caused by the statements and the fear that other Americans will follow suit, despite the risks of using the drug for certain patients, Conley released a statement last night. “After numerous discussions, I have had with him for and against the use of hydroxychloroquine, we concluded that the potential benefit of the treatment outweighed the relative risks,” the doctor said in a statement.

The Speaker of the House of Representatives of Congress, Nancy Pelosi Democrat lamented the bad example that Trump gives Americans with their decision. “He’s our president, and I would rather he not be taking something that has not been approved by the scientists, especially in his age group and his, shall we say, weight group” – which he defined as “morbidly obesity” – and added that he should be careful. Antimalarial side effects include possible cardiac arrhythmias that can be fatal in some patients, in addition to headaches, hallucinations, mood changes, nervousness, dizziness, or seizures.

The president said, however, that he feels good since taking it. Chuck Schumer, leader of the Democratic opposition in the Senate, doubted that despite what Trump has really said, he is taking the drug. The White House doctor’s statement in fact neither confirms nor denies this point only accounts for his discussions with the president in this regard and recalls that they closely follow all studies on possible medical advances to treat COVID. Instead, several conservative media figures defended the president’s transparency and launched an impossible debate for ordinary citizens about the medical benefits of a drug to treat the coronavirus., of which scientists know so little.

The US president’s announcement comes three weeks after his controversial suggestions to scientists to try injecting commonly used disinfectants into Covid patients to kill the virus, as it has been shown to destroy it “in a minute,” statements that they forced government services and manufacturers of lyes and other cleaning products to ask consumers not to eat them. The controversy sparked by his words, dubbed by humorist Sarah Cooper in videos that have gone viral, prompted Trump to suspend his daily press conferences on the coronavirus crisis.