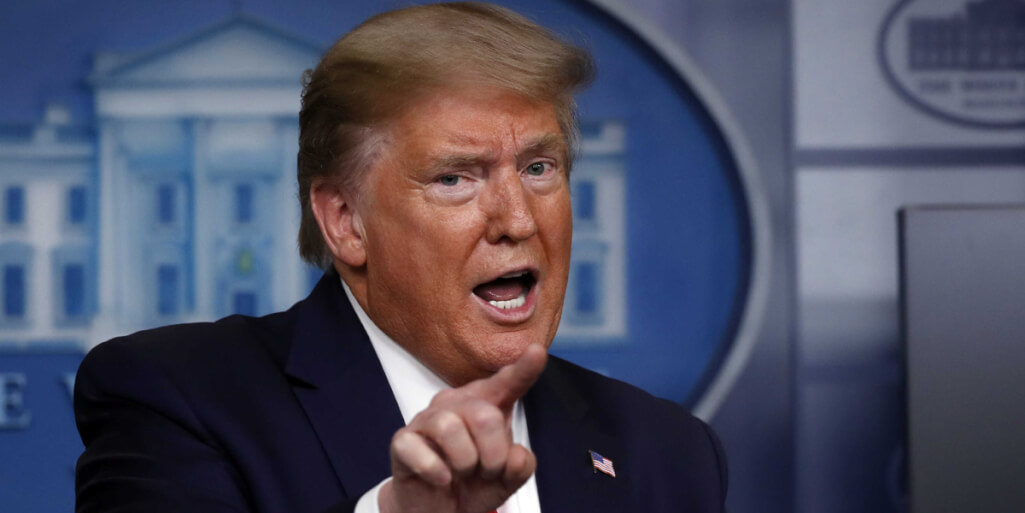 U.S. President Donald Trump threatened the World Health Organization (WHO) Director-General Tedros Gebreyesus to curtail funding for the organization if it does not take measures to improve the situation with the COVID-19 coronavirus pandemic.

“My duty as President of the United States is to inform you that if the World Health Organization does not commit itself to significant improvements over the next 30 days, I will make my interim decision to freeze WHO funding permanently and review our membership in this organization,” – said in a letter to trump Gebreyesusu. It is posted on Twitter to the White House.

“I can’t allow American taxpayers to continue to fund an organization that, in its current state, does not so clearly serve America’s interests,” the President of the United States added.

In his letter, Trump accused the WHO of ignoring various warning signs of coronavirus by organizations. In addition, he criticized her position with regard to China, calling her dependent on the course of official Beijing.

Earlier, Trump published a selection of rumors about the spread of SARS-CoV-2 coronavirus, which are not true. Among them is the statement that the Chinese authorities were hiding the true state of affairs from the international community.

First of all, China notified its own people, and the world community, in a short time took the most stringent measures to control and prevent the epidemic, giving the rest of the world at least six weeks to prepare.

The PRC authorities immediately fulfilled their obligation and notified the WHO of a new epidemic. On April 8, the organization confirmed this information on its official website.

If you are interested in healthcare industry jobs, you can find more about it on Jooble.