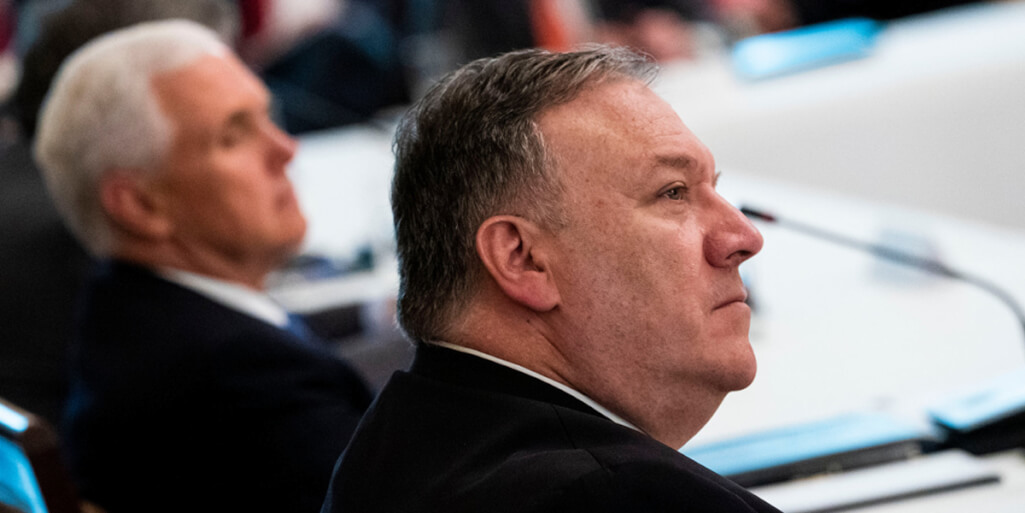 Secretary of State Mike Pompeo defended on Wednesday his recommendation to dismiss the State Department’s inspector general, saying he should have done so before and dismissed allegations that political revenge was the motivation for the decision.

At a news conference, Pompeo declined to explain the reasons for the dismissal of Steve Linnick, who congressional aides said was investigating the suspicion that Pompeo had abused a taxpayer’s money by using him on personal duties for him and his wife, such as walking their dog.

He said that In this case, he recommended the president to terminate Steve Linnick’s work. He should have done this before, he said, adding that he was not aware of any investigations conducted by Lennec’s office.

Senator Bob Menendez of the Democratic Party and a member of the Republican-dominated Senate Foreign Affairs Committee said Linnick was investigating President Donald Trump’s declaration of a state of emergency last year to make room for $ 8 billion in military equipment, mostly to Saudi Arabia, to avoid a congressional review of sales.

“All of this comes from Senator Menendez’s office,” Pompeo said in response to the allegations, “nonsense.”