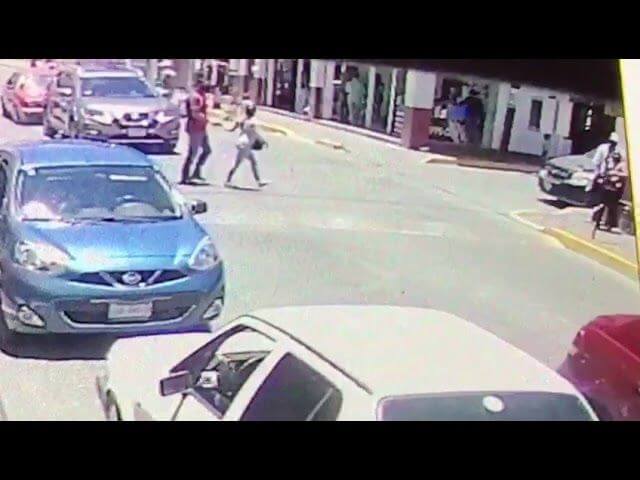 The violence that has plagued the state of Zacatecas for days is not seen on official channels. The authorities remain silent in the face of alleged attacks that have left several victims.

The attack these days took place in the shadows. Through images captured by security cameras, the moment in which a woman and a man shoot at Radio Patrol number 141 of the Guadalupe Municipal Police is appreciated. Fortunately, the police officers on board were unharmed.

The events occurred last Sunday, May 24 at 2:15 p.m., while the patrol circulated on Colegio Militar Avenue and the intersection of Calle Progreso in the shopping area of ​​the Historic Center.

In the recording, the couple can be seen crossing in front of the official vehicle, after a few seconds they draw their weapons to shoot the uniformed head-on.

According to local media, two more people participated in the situation, who facilitated the escape of the attackers. No one knows, at least for now, the causes of the attack.

In Zacatecas, drug trafficking and violence began a new stage. Security analysts believe that the arrival of the Jalisco Nueva Generacion Cartel will trigger a battle for control of the plaza, in which its remnants of the Sinaloa Cartel could participate.