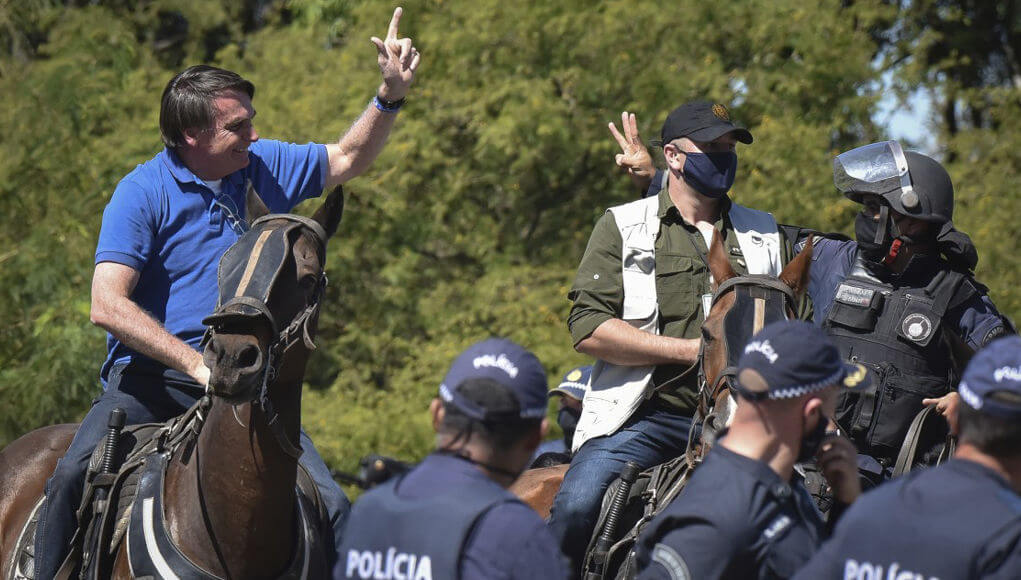 Brazil’s right-wing President Jair Bolsonaro took part in a protest against the country’s supreme court, but supporters of the president want the court to suspend Bolsonaro’s investigation.

The Brazilian Supreme Court has launched an investigation into the president’s intervention in the Police matters and on the incentive campaigns of Bolsonaro supporters on social media. The president and his supporters reacted harshly to the allegations and were crowded outside the Supreme Court premises.

Reuters reports that after Bolsonaro’s helicopter ride, the president walked to the rally and shook hands with supporters, wearing no face mask despite its use being mandatory in the capital to fight the coronavirus outbreak. He then mounted a police horse and trotted past the crowd.

The president Bolsonaro and his government have rejected all allegations of court, saying that the investigations could result in a political emergency in the state.

Reuters reports that Celso de Melo, one of the Supreme Court judges investigating Bolsonaro’s case after the former Attorney General accused him of interfering with law enforcement for his own benefit, resembled the danger posed by Bolsonaro in Brazil to the Weimar Republic of Germany. 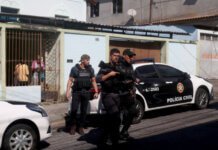