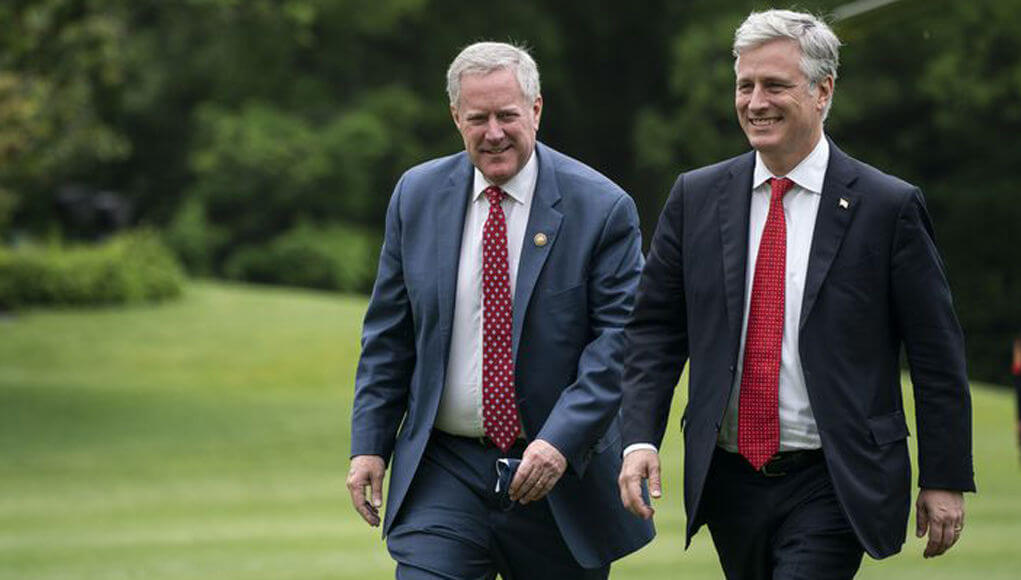 White House national security adviser rejected a televised interview with CNN’s Jake Tapper tonight that racial hatred was systemic within US law enforcement. Counselor Robert O’Brien said there were some damaged apples that destroyed the reputation of the police.

Robert O’Brien has served as White House National Security Advisor since being appointed to the post by Donald Trump in September last year. The position of national security adviser is one of the most prestigious in the US administration, but the office does not fall under the ministry but directly under the president himself. Four have held the position since Donald Trump took office in January 2017.

“I don’t think racism is systemic in the police. I believe that 99.9% of our police officers are exemplary citizens. Many of them are African American, Hispanic or Asian, work in difficult neighborhoods, and work the hardest jobs in the country. I think they are wonderful, great Americans, “O’Brien told CNN in” State of the Union “when asked if he considered racial hatred to be a problem within the police department.

From the protest, we protest at the St. Paul House in Minnesota.

The issue has been much debated in recent days after George Floyd’s death in Minneapolis, Minnesota this week. Floyd died in the custody of police officer Derek Chauvin after being arrested. A video was obtained of the police officers’ actions in which Chauvin was seen holding Floyd down, with a knee to his neck while Floyd said he could not breathe. The four police officers, Chauvin and three others who followed have been released and Chauvin charged with third-degree murder and second-degree murder.

Following Floyd’s death, protests have sprung up in a number of US cities. At first, the protests took place peacefully, but the protests have now escalated widely and there is now almost a state of war in cities west of the sea. Policemen use protesters with a high degree of rigor, which some people try to answer in the same coin.

Police have been attacked by media and innocent civilians but a curfew has been imposed in several US cities.

“There is no denying the fact that there are racial haters within the ranks of the police, I believe they are in the minority. They have damaged apples that we need to knock off, said O’Brien in the episode. O’Brien then said that violent protests in some US cities are ruled by peacekeepers, and said the White House supports protesters if the protests proceeded peacefully.

The US president has been critical of the protesters who have been robbed of shops in the shadow of the protest. According to him, his quarrel about the issue was encouraging violence, and the social media Twitter closed it on the president’s post where it was found to violate the media’s rules.

Fever has been rising in the protests lately, but at first, they were peaceful.

New Jersey state Sen. Corey Booker was also a guest of the episode, saying he blacks in the United States share common fears with police. “What we see happening here is not just the response to the murder that was captured on video, but we see deep and great wounds in our community that must be dealt with,” Booker said in the episode.